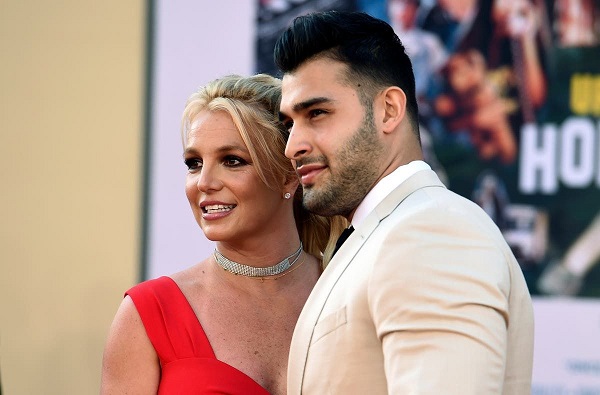 Britney Spears' first husband Jason Alexander has been booked in to jail after dramatically livestreaming himself crashing her wedding at her California mansion on Thursday afternoon.

Alexander broadcasted himself on Instagram as he ran through hillside trails, as he approached the rear of Spears' home before being apprehended and charged with trespassing, vandalism and two batteries after a couple of altercations with Britney's security guards.

The breach happened before the star-studded ceremony with hordes of celebrities such as Madonna, Paris Hilton and Donatella Versace in attendance at festivities at Britney's 12,464-square-foot, five-bedroom, eight-bath Italian villa.

Alexander is now in the custody of the Ventura Sheriff's Department. 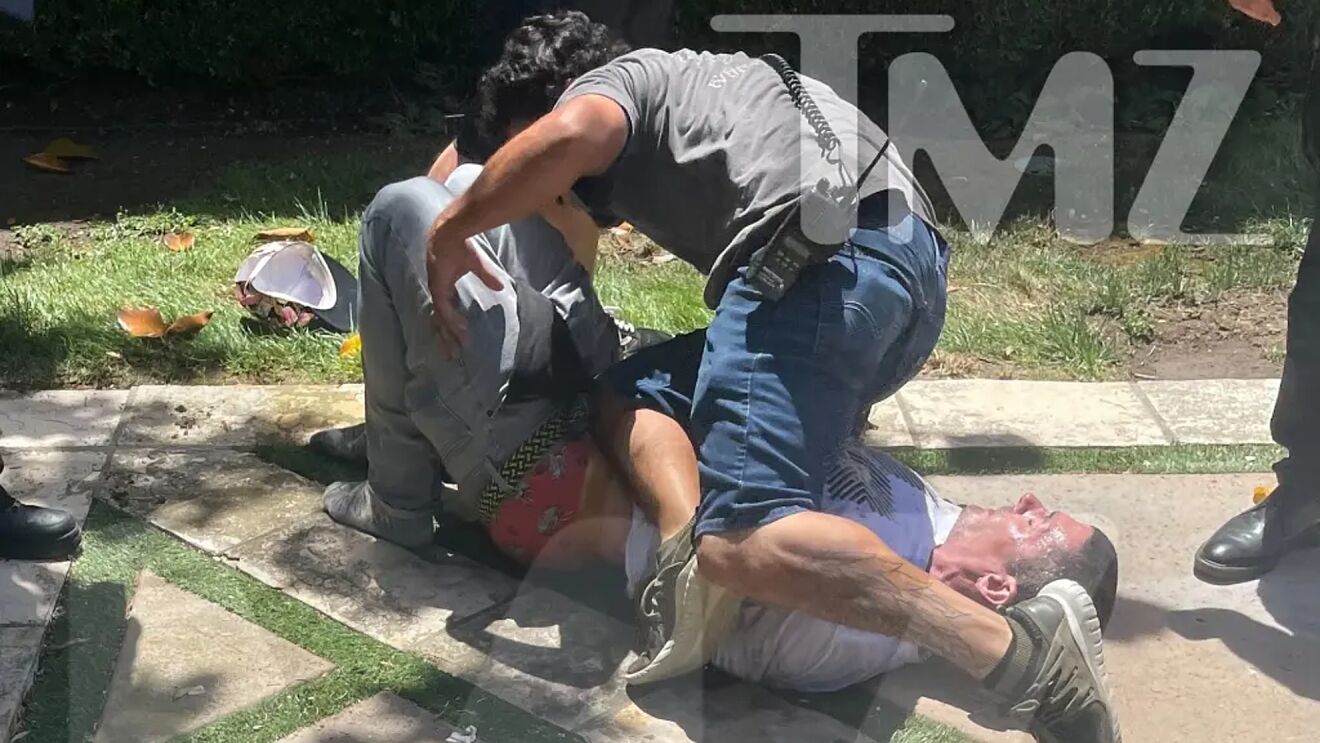 The 40-year-old was easily able to scale a fence, descend a rocky hillside and slip inside the wedding venue, all-the-while telling security exactly who he was, and why he was there - just hours before the fairytale ceremony got underway.

Shortly after the crashing, a source told Page Six: 'Britney is shaken but doesn't want to let this get her down. Everyone is thankfully safe, and Jason is no longer on the property.'

Alexander's arrest is the third arrest in 13 months. Police sources revealed he also has a felony warrant for larceny in another county.

He was last in police custody for driving under the influence in January 2021 and breaking security protocols at an airport in August. Alexander was also arrested previously for violating an order of protection and stalking an unidentified woman in December 2021.

On Thursday night, Spears' attorney revealed he was 'absolutely livid' after Alexander crashed the pop star's wedding venue and demanded he be locked up.

Mathew Rosengart, a former federal prosecutor with a reputation that has seen him represent a host of high-profile clients since he went into private practice in 2001, said he is 'personally working with the sheriff's department to ensure Mr. Alexander is aggressively prosecuted to the fullest extent of the law.'

'Jason Alexander has been handcuffed, taken into custody and arrested. I express my thanks to the Ventura County Sheriff's Department for their prompt response and good work,' Rosengart, told TMZ in a statement.

Rosengart's vow to see Alexander prosecuted capped off an afternoon of drama within the grounds of Spears' Thousand Oaks, California mansion hours before she is due to marry longtime boyfriend Sam Asghari.

A photographer captured the moment Alexander was apprehended by security and pinned to the ground.

Alexander claimed that Britney had 'invited him' to the event and that she was his 'first and only wife' before he proudly stated he was there to 'crash the wedding'.

At one point, he managed to make it inside the wedding tent which was decorated in pink roses, before he was once again confronted by armed security.

He was swiftly tackled to the ground and escorted off the premises with the Ventura County Sheriff having been summoned. Overhead photos show at least six patrol cars in attendance as Alexander's antics demonstrated a stunning breach in security surrounding the star.

Alexander and Spears tied the knot in Las Vegas in 2004 and were married for just 55 hours before they had their union annulled.

In a 10 minute long Instagram live video, Alexander can be seen scaling a fence on the perimeter of Spears' property as he documents exactly what he is about to do.

He encounters a number of security personnel and openly states his name and intention: 'I'm Jason Alexander. The first husband. I'm here to crash the wedding!'

As Alexander descends a hillside, he enters the wedding tent where planners are still busy putting the finishing touches, even shaking hands with some of the workers.

Several rows of wooden benches can be seen lined up, together with an alter covered in pink roses under which the couple would later say their vows.

Alexander introduces himself to several of the workers present who are helping to put everything into place.

He then marches inside the house demanding to know: 'Where's Britney?'

The video occasionally cuts out completely but Alexander can be seen bounding up a fight of stairs to the second story before entering what appears to be a bedroom while still calling out Britney's name.

Eventually, Alexander is apprehended by a member of the security team who can be see holding a gun in his hand, which he keep pointed towards the floor.

The Ventura County Sheriff's Department raced to the scene to respond to a trespassing call.

Three police cars arrived at the singer's Thousand Oaks home just after 2.30pm, along with a fire truck.

An onlooker told DailyMail.com: 'It all happened very fast. Three cop cars just showed up and went screeching up her drive.

'We were all trying to figure out what's going on, especially after the fire truck left.'

When reached by phone, Alexander's father, Dennis, told DailyMail.com, 'No comment,' on his son's antics.

Alexander was arrested on an outstanding warrant not for criminal trespass - although those charges may be added, police sources have told DailyMail.com,

The reason for the 'out county warrant' has yet to be determined.

The incident, which kicked off shortly after 2pm, saw three Ventura County Sheriff vehicles descend on the property, along with a team from the Ventura County Fire Department.

Records show Alexander's appearance was listed as a medical emergency by the Fire Department who were called in at 2.14pm by cops.

Alexander is currently being held by the Ventura Sheriff's Department and has been charged with trespassing, vandalism and two batteries in relation to his altercations with Britney's security guards.

He also has a felony warrant for larceny in another county, and he remains in custody.

The incident is Alexander's third arrest in 13 months.

He was last in police custody for driving under the influence in January 2021 and breaking security protocols at an airport in August.

Alexander was also arrested previously for violating an order of protection and stalking an unidentified woman in December 2021.

He pleaded guilty to the charges on January 4 and was ordered to serve nearly a year of probation.