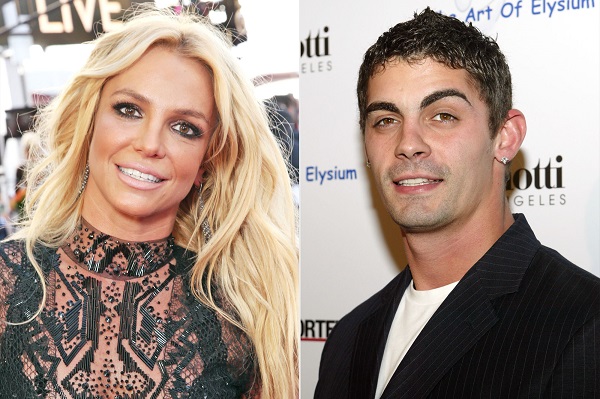 Britney Spears has obtained a three-year restraining order against ex-husband Jason Alexander, after he crashed the singer’s wedding to Sam Asghari last week.

Alexander, a childhood friend of Spears, was her first husband. The former couple were married for less than three days in 2004 before getting the marriage annulled.

He was streaming live on Instagram when he approached Spears’s house in Los Angeles on Thursday 9 June, and entered a mostly empty but decorated room during the livestream.

After telling security Spears had invited him, he reportedly said he was going to crash the wedding. A “physical struggle” was reported to have taken place.

“She’s my first wife, my only wife,” said Alexander to security. “I’m her first husband, I’m here to crash the wedding.”

Police officers responding to the scene arrested him for trespassing, vandalism and battery. Alexander appeared at a Ventura County court on Monday (13 June) for his arraignment.

In addition to granting Spears’ request for a restraining order – under which Alexander is not allowed to contacther her in any way for a period of three years – a judge also handed Alexander a felony stalking charge at the arraignment.

His bail was set at $100,000 and Alexander was ordered to surrender any firearms he may have in his possession.

In an interview with TMZ, Spears’s lawyer Matthew Rosengart thanked the Ventura County Sheriff’s Office and District Attorney for taking the matter “very, very seriously”, adding that he was “outraged by what happened”.

Asghari and Britney obtained an emergency protective order in court against him the day after the wedding, Rosengart had said earlier.

Spears met Asghari in 2016 on the set of the video for her song “Slumber Party.”

Spears posted photographs from her wedding, which was attended by celebrities such as Paris Hilton, Madonna, Drew Barrymore and Selena Gomez, on Instagram.

“Wow !!! Holy holy crap !!! WE DID IT !!! WE GOT MARRIED !!! Gggggeeeeezzzzz !!! It was the most spectacular day !!!” Spears said in the posts along with a picture of her and Asghari from the wedding. “The ceremony was a dream and the party was even better !!!”

Before her wedding to Asghari, Spears was married to Kevin Federline from 2004 until 2007.

They have two sons – Sean and Jayden – together.