Cineworld confirms it is considering bankruptcy 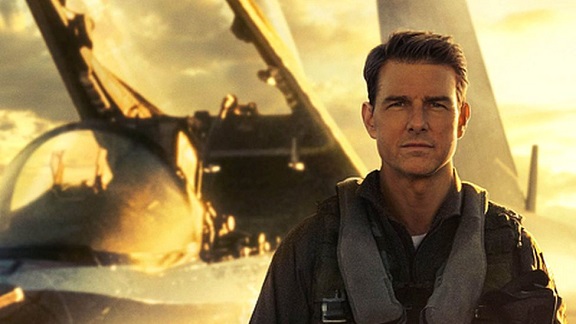 Top Gun: Maverick starring Tom Cruise is one of the biggest movie releases this year
Shares

Cineworld has confirmed it is considering filing for bankruptcy in the US, as the cinema chain continues to struggle with $5bn worth of debt.

The company, which also owns the Picturehouse chain in the UK, said it was examining options for how to restructure the business.

Shares in Cineworld bounced back today, after plunging 60% on Friday.

The firm, which employs more than 28,000 people globally, said its cinemas remain "open for business".

The Wall Street Journal reported on Friday that Cineworld was preparing to file for bankruptcy "within weeks", sending its share price tumbling.

Responding to that report, Cineworld said it was looking at various options, including a Chapter 11 filing in the US.

The Chapter 11 bankruptcy mechanism allows a company to continue to operate while it negotiates with its creditors.

The company would not comment on whether it was also considering filing for bankruptcy in the UK, or what the potential impact could be on its 4,600 employees there.

In a statement, the firm said: "Cineworld would expect to maintain its operations in the ordinary course until and following any filing and ultimately to continue its business over the longer term with no significant impact upon its employees."

Like other cinema chains, Cineworld was hit hard by the pandemic.

The firm had hoped blockbusters such as the latest Bond film, Top Gun: Maverick and Thor: Love And Thunder would draw audiences back after lockdown restrictions.

But it recently said post-Covid customers levels were lower than expected and blamed "limited" film releases.

Cineworld has 128 cinemas in the UK and Ireland. Globally, it has 9,189 screens across more than 750 sites.

It operates in 10 countries, including the US, Poland and Israel.