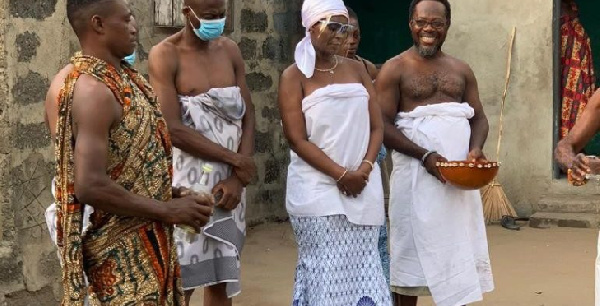 Ghanaian businesswoman, philanthropist, and model, Confidence Haugen has been made Queen mother in the Volta Region.

According to reports, she has been enstooled as the Queen mother of Kodzi in the Volta Region.

A viral video on social media captures how she was being dressed in a Queen Mother’s regalia with a white headgear.

The 'new Queen Mother' was also seen wearing her face shield as part of adherence to the COVID-19 safety protocols.

Confidence who appeared well-composed during the ceremony was surrounded by some men who were helping with the enstoolment rites.