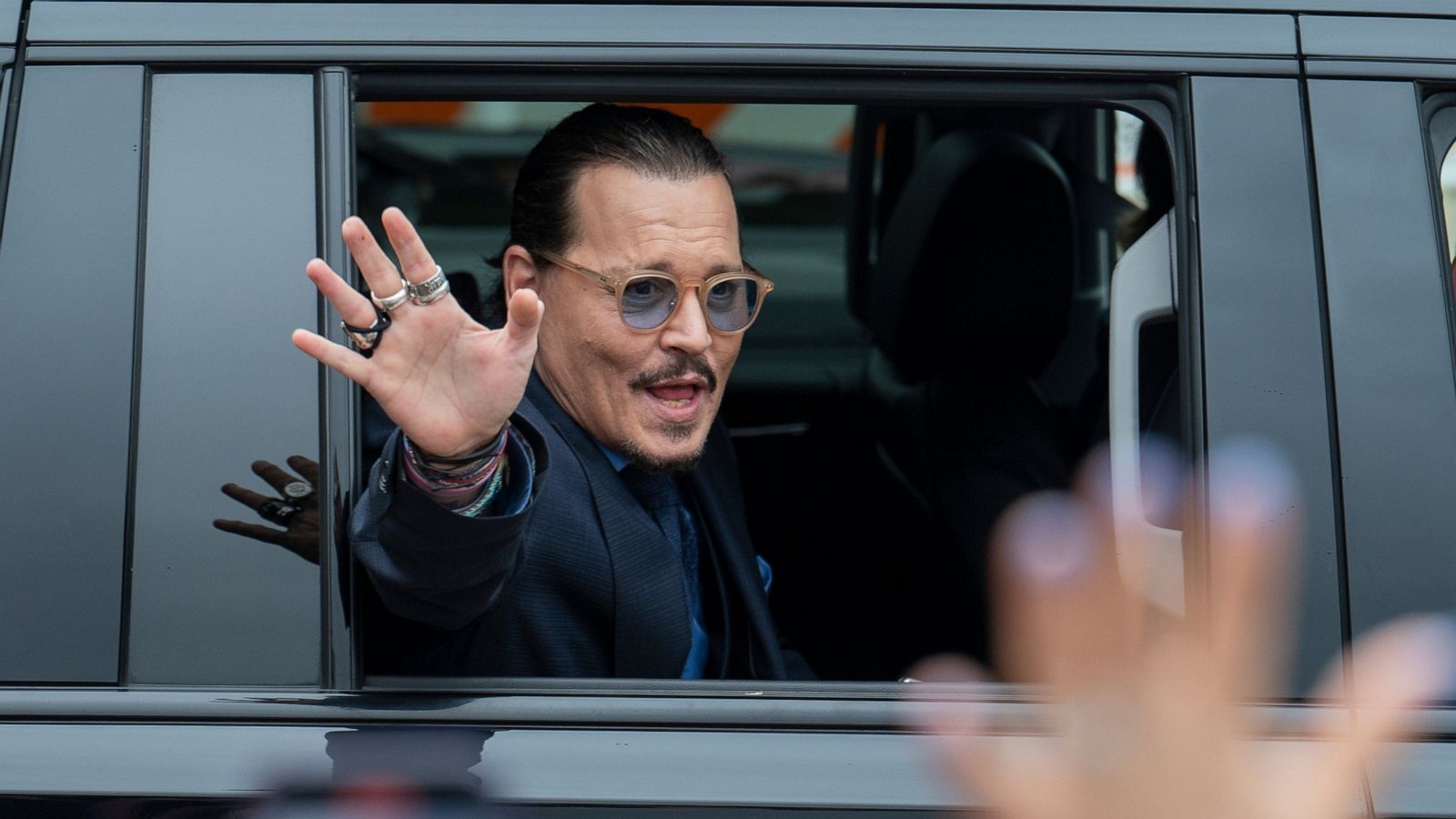 A US jury has found Amber Heard defamed ex-husband Johnny Depp with an article in which she claimed she was a victim of domestic abuse.

Ms Heard, 36, won one of three counter-claims against Mr Depp, 58, and was awarded $2m in compensatory damages.

The Hollywood stars, who divorced in 2017, presented conflicting versions of their doomed relationship in the trial.

Over six weeks, the court in Fairfax, Virginia, heard tawdry details of Mr Depp and Ms Heard's tempestuous marriage, and its unhappy ending.

Polls suggested many Americans were more interested in the legal drama than the war in Ukraine or a potentially historic ruling on abortion expected any day from the US Supreme Court.

Coverage of the trial - which was televised and livestreamed - hit billions of views on social media.

After nearly two days of deliberations, jurors found on Wednesday that Ms Heard's statements about her marriage were "false" and she had acted with "actual malice".

But they also found that Mr Depp had defamed Ms Heard when his lawyer gave a statement to the Daily Mail in 2020 calling her abuse allegations a hoax.

As the seven-member jury delivered its verdict, screams and chants of "Johnny, Johnny, Johnny" erupted outside the court.

Mr Depp was not in court due to "previously scheduled work commitments", his spokesperson said. The actor was said to be watching from the United Kingdom, where he has played three surprise concerts alongside his friend, British musician Jeff Beck, since the jury began deliberating on Friday.

On the eve of the verdict, Mr Depp received a standing ovation after performing with Mr Beck at the Royal Albert Hall in London.

In a statement on Wednesday, he said: "The jury gave me my life back. I am truly humbled."

Mr Depp's statement continued: "I hope that my quest to have the truth be told will have helped others, men or women, who have found themselves in my situation, and that those supporting them never give up."

Fairfax County Circuit Court Judge Penney Azcarate reduced the punitive damages awarded to Depp to $350,000, the statutory cap in Virginia. That leaves his total damages at $10.4m. Ms Heard was not awarded any punitive damages.

The actress, who sat sombrely throughout the reading of the verdict, said in a statement that she was "heartbroken". She argued that the jury had ignored evidence in her favour.

"I'm sad I lost this case. But I am sadder still that I seem to have lost a right I thought I had as an American - to speak freely and openly," said the actress, who stars in an Aquaman sequel due out next year.

She added: "I'm even more disappointed with what this verdict means for other women. It is a setback. It sets back the clock to a time when a woman who spoke up and spoke out could be publicly shamed and humiliated."

A spokeswoman for Ms Heard has said she plans to appeal the ruling.

Presentational grey line
Something new even for US justice
By David Sillito, BBC News, Fairfax

This was a news story where everyone has had equal access to the source material. Such access empowered millions to engage and discuss.

We saw reaction shots of the main participants, we were able to watch facial expressions, and we saw some extraordinary moments unrelated to the main narrative.

The sight of the doorman, Alejandro Romero, delivering his testimony via Zoom from his car while vaping and then driving off was something new even for American justice. The look on Judge Azcarate's face at the end of his testimony was proof enough. It was simply compelling to watch.

It was also a puzzle. Two people arguing a completely opposed view of events that took place behind closed doors means that millions saw the evidence for themselves and made up their own minds. We can all be detectives.

Wednesday's ruling marked a turnaround in legal fortune for Mr Depp. Two years ago, the Pirates of the Caribbean star was on the losing side of a libel ruling in the UK when the Sun, a British tabloid, called him a "wife-beater".

The US sequel to their legal battle revolved around a 2018 opinion piece by Ms Heard in the Washington Post, describing her experience as a "public figure representing domestic abuse".

She did not mention her ex-husband or any other alleged perpetrator by name. But Mr Depp - once one of Hollywood's most bankable stars - said the implications had derailed his career.

He sued for $50m; she counter-sued for $100m. Although both reside in California, the case was heard in the Virginia county in which the Washington Post operates its printing presses.

The two met in 2011 while filming The Rum Diary and wed in February 2015. They divorced two years later.