Design my coffin with NDC colours when I die - Tracey Boakye 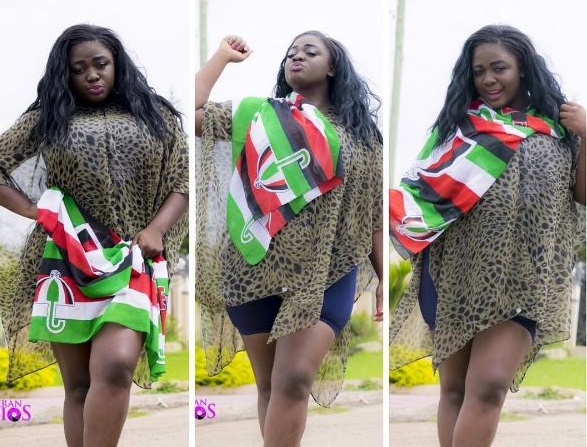 A Dubai-based satirical newspaper who broke the information reported that Horizons Inc. effected the payment of the said amount to NAM1 few hours after the court’s ruling.

Kumawood actress Tracey Boakye has openly stated that she wants her coffin to be designed with National Democratic Congress (NDC) colours when she dies.

According to the filmmaker and businesswoman in a studio conversation with NY DJ on Kumasi’s YFM debunked rumours that she said the NDC was a useless political party.

Reacting to the allegation levelled against her, the mother of one revealed that she has no idea about the news and has never said anywhere that the National Democratic Congres which she is a proud member of is useless.

Proving to listeners how loyal and proud she is of the party, Tracey Boakye openly stated that it is her wish for her coffin to be painted with NDC colours when she dies.

"I've been supporting NDC even before turning 18, I use to sneak out of my mother's house to watch NDC rally," she said.

On why her coffin should be painted with red, white, green, and black colours, Miss Boakye revealed that “because I love them”. Tracey Boakye further revealed that her mother who is a lover of the New Patriotic Party has never questioned why her daughter supports NDC because she knows very well that she, Tracey is a die-hard fan of the umbrella party.