Fans attack Strongman over his tweets after ending contract with Sarkcess 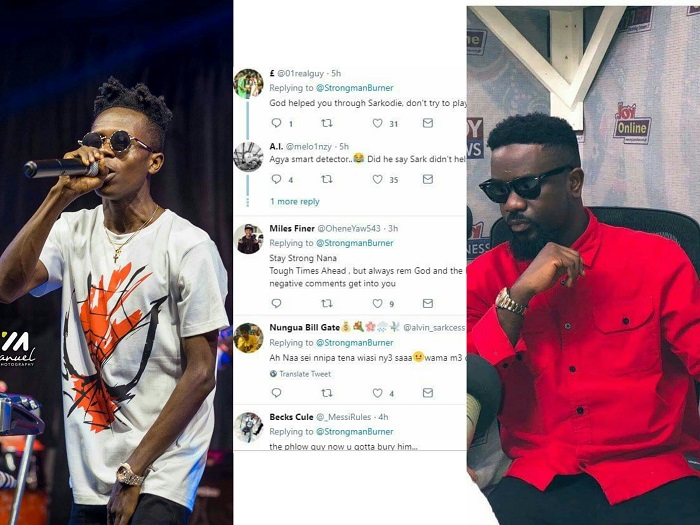 Rapper, Strongman after ending his 2 years contract with Sarkodie's Sarkcess Music label has come under some backlashes on social media following his recent tweets which some fans feel the rapper is directing it to his former boss.

It obvious fans of Sarkodie naturally fell in love with the young rapper after he was signed unto the Sarkcess Music label, rapper Sarkodie on Sunday took to his Twitter page indicating that the 2 years contract between both parties has expired.

Strongman before Sarkodie made his public announcement, took to his Twitter page to make some comments which were not recognised until Sarkodie tweeted.

His tweet read; “Most good footballers turn to be bad coaches Don’t be deceived” and this has been interpreted by music lovers and critics as a jab to the CEO of SarkCess Music, Sarkodie. 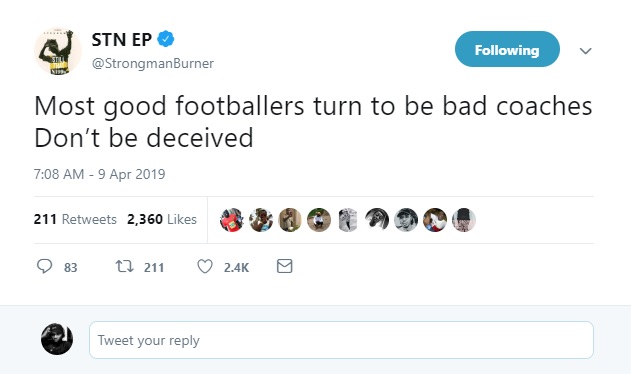 Strongman after his tweet received several backlashes from both his fans and Sarkodie fans telling him to respect his former boss. 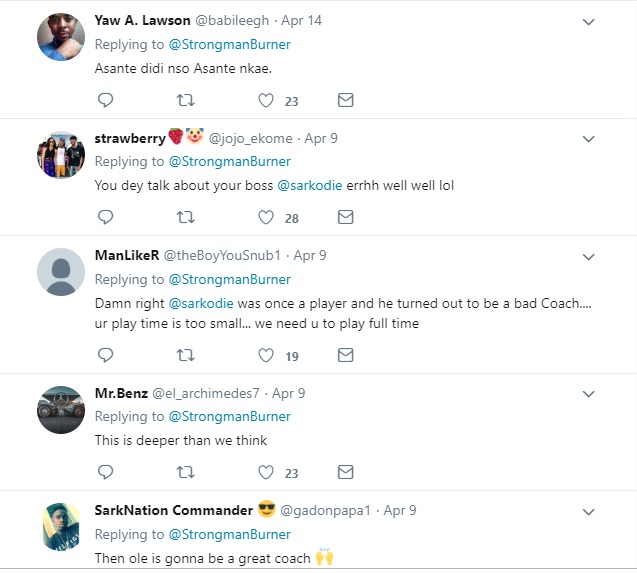 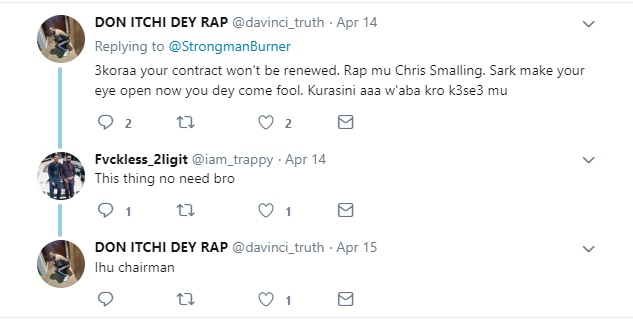 However, Strongman has again taken to his Twitter, expressing how hard he worked to reach the level he is now, which also got some fans attacking him to stop tweeting directly to his former boss Sarkodie.

He tweeted again saying; "I fought very hard to reach here and the father in Heaven knows what I’m saying" 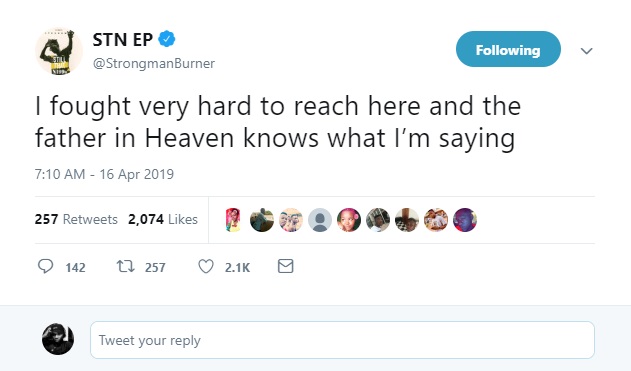 And this tweet by rapper Strongman also got some fans talking, read their reply below: 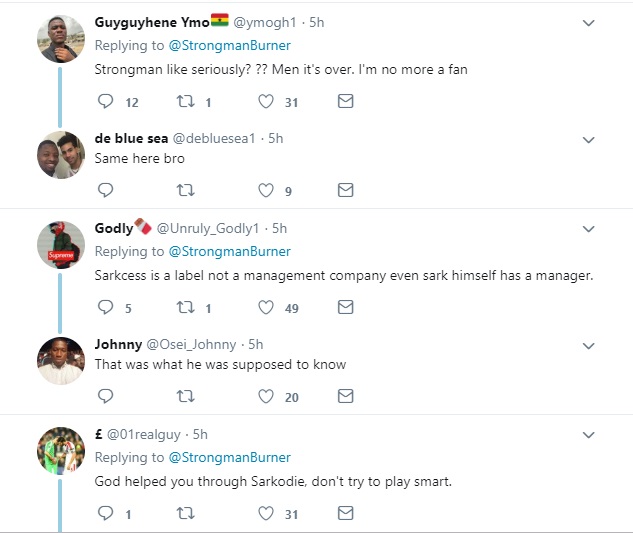 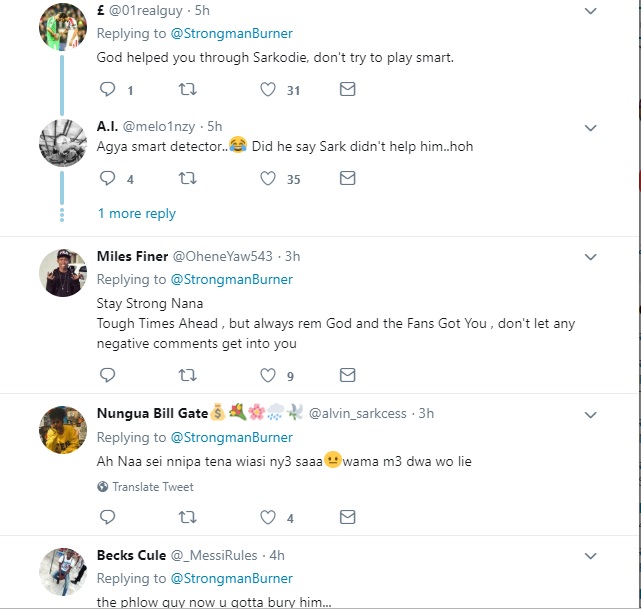 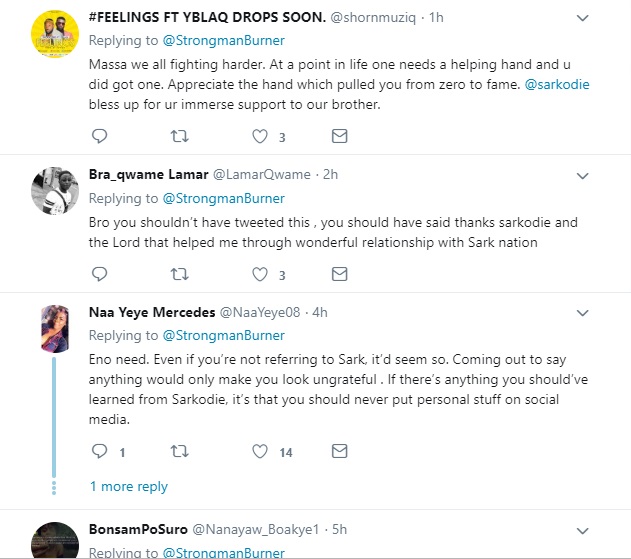