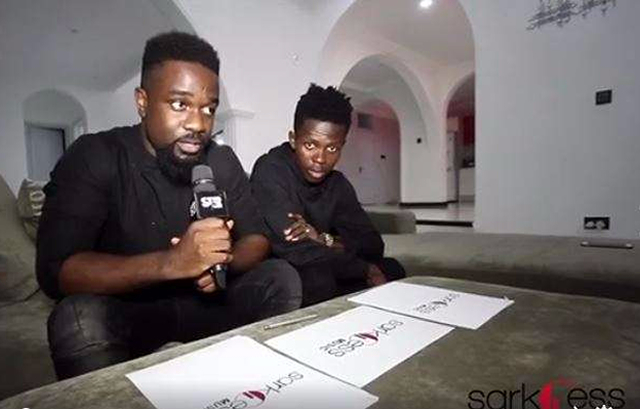 Although there have been several reports of tension and an imminent split between the former 'Next Big Thing in GH Hiphop' winner and his mentor’s label, reports indicate that the split is mutual.

Confirming the split, rapper Sarkodie took to his Twitter page to make the announcement with an official statement stating that even though the journey has ended on paper, both parties will continue to give Ghanaians good songs.

SarkCess Music described Strongman as ‘a gem of his kind’ and wished him the best in future endeavours.

Strongman’s 2-year stay at SarkCess Music saw him release a number of projects notable among his recent EP, Still That N*gga *(STN). 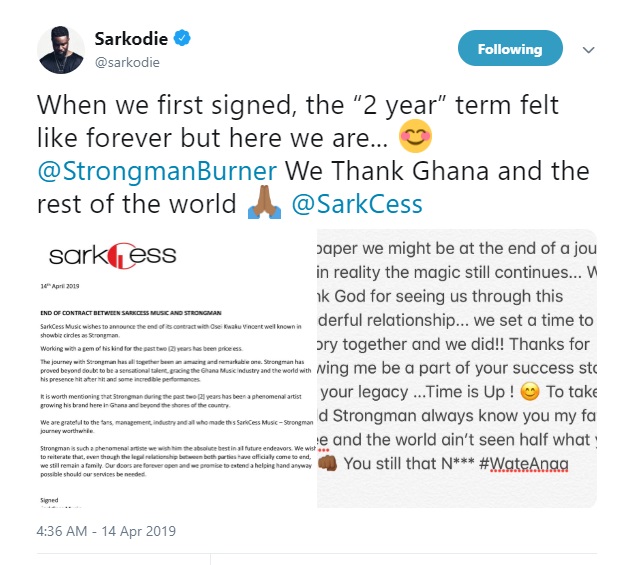 This is why Sarkodie doesn't rap about the economy anymore

Shatta Wale to charge Sarkodie for a feature with Strongman

Check out the full statement below: 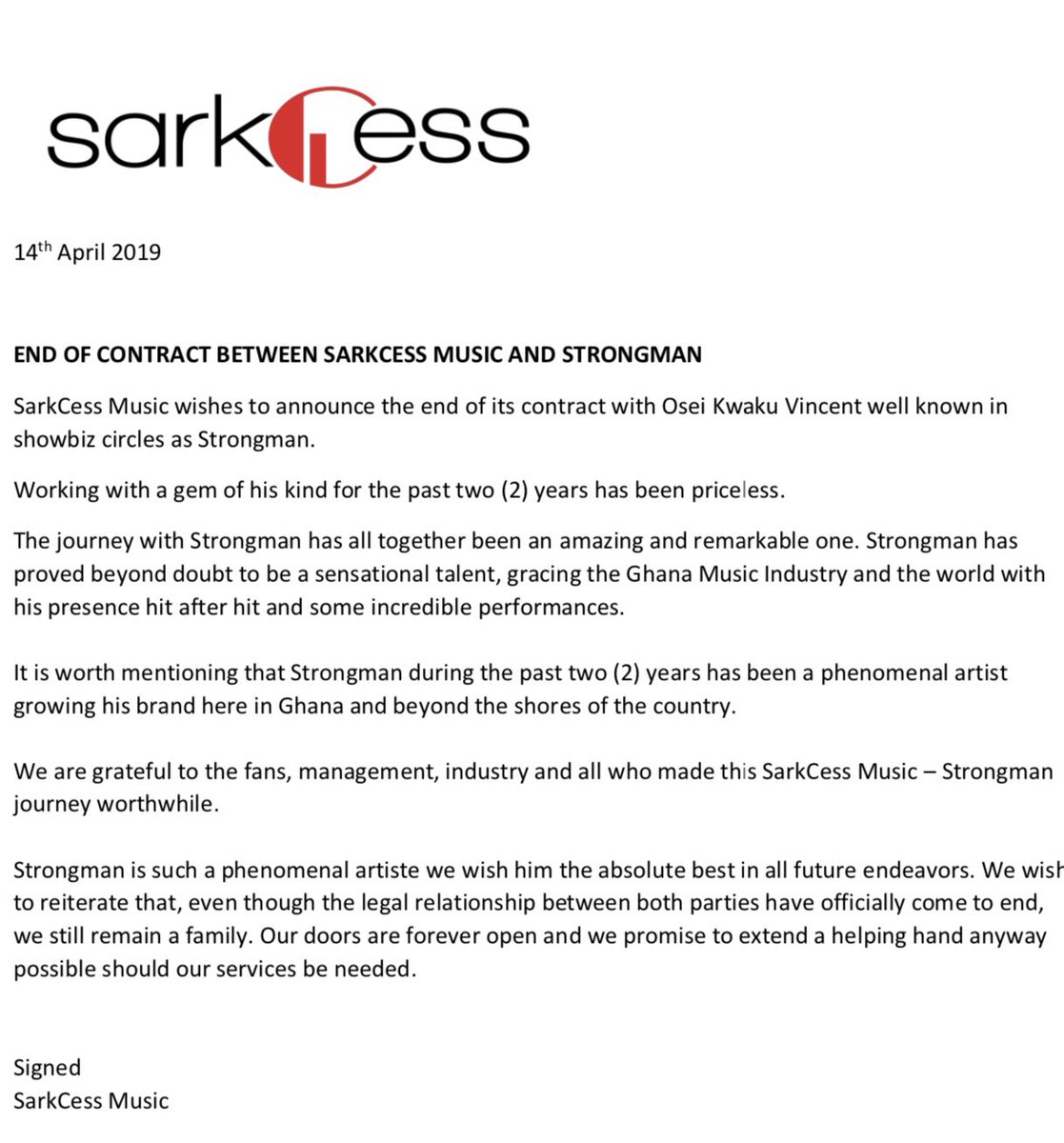 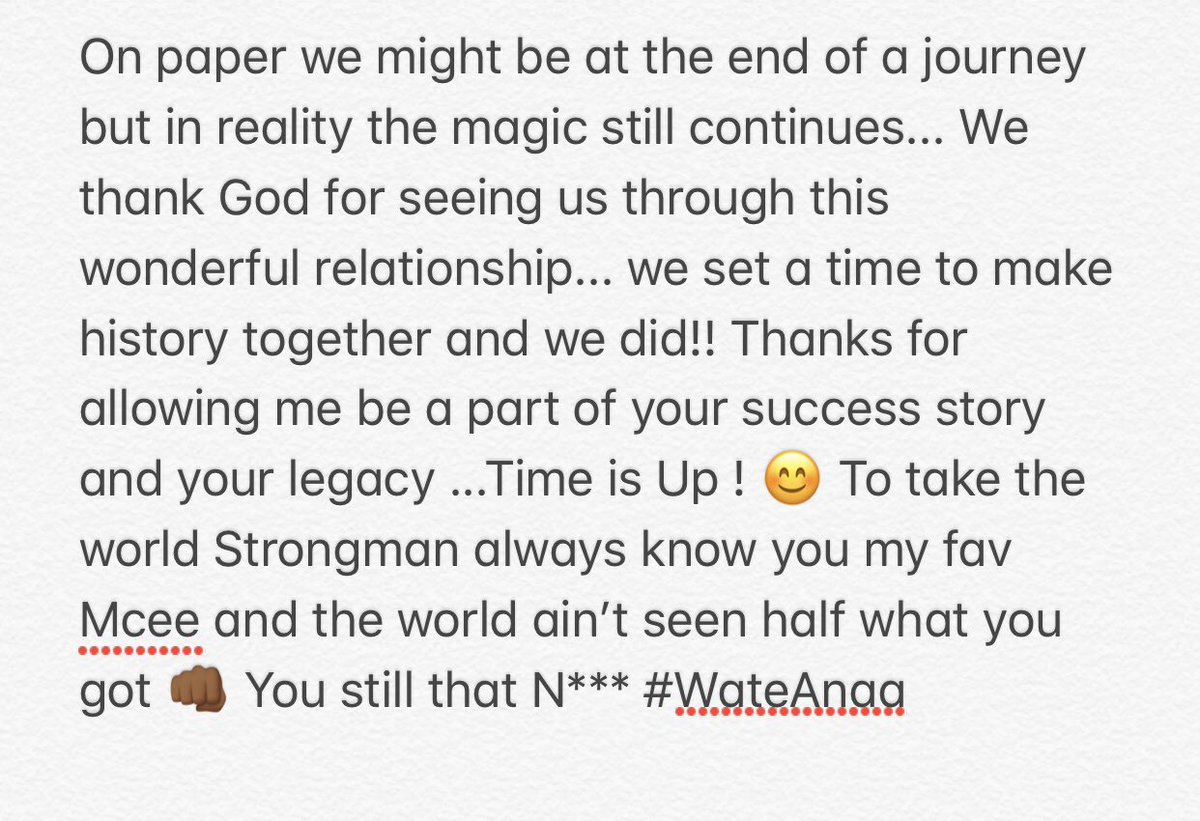