Video: Ghana Music is all about me and Shatta Wale, the rest are 'borla' - Patapaa 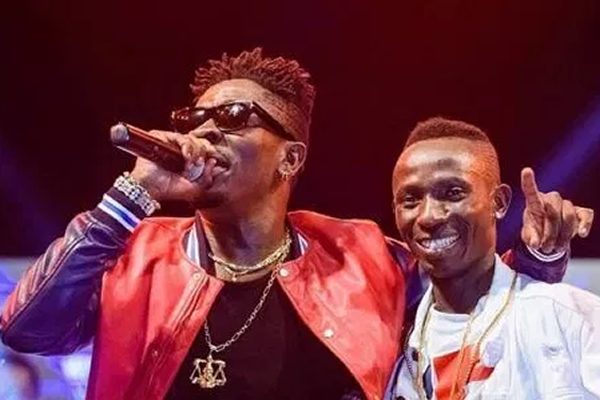 The 'One Corner' hitmaker says if he and Shatta Wale are not active, it will affect the music Industry.

Patapaa made this known in an interview with Sammy Flex when he was talking about how he sets trends in the country.

READ ALSO: Video: Patapaa doesn't qualify as an artiste, he is just an entertainer - TeePhlow

"I always say the Ghana Music Industry is all about me and Shatta Wale, the rest are rubbish 'borla'. People now sing just about love and it is too much, that is what is spoiling children in Ghana" he added."

Regardless of Patapaa’s shortcomings in terms of the craft, he’s the most sought after musician in the county.

His demeanor, as well as stage performance, gets many on their feet.