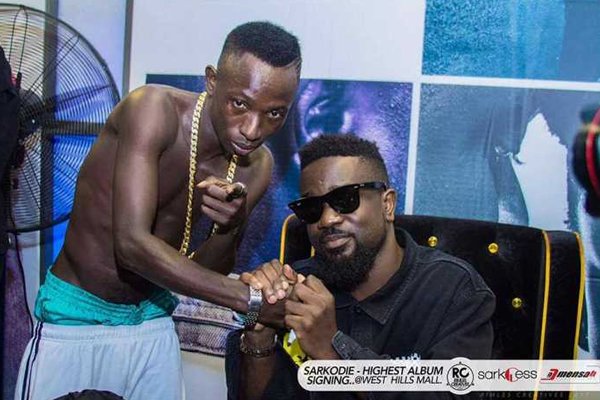 Rapper Sarkodie on Saturday won the Best International Flow at this year’s Black Entertainment Television (BET) Hip Hop Awards and most Ghanaians have taken turns to congratulate him.

One of such people is the Skopatumana boss, Patapaa aka Patapeezy.

According to Patapaa, he taps into Sarkodie’s blessing to win a Grammy soon.

He tweeted; “Congratulations @sarkodie for always putting Ghana on the map. You deserved it. I tap into your blessings to win a Grammy soon #bestinternationalflow#HiphopAwards19#BetHipHopAwards2019.”

Sarkodie dedicated the award to his daughter, Titi who is also known as Adalyn Owusu Addo.

“I want to say a big thank you to the Almighty God, to my family, this one is for my little girl, Titi…” 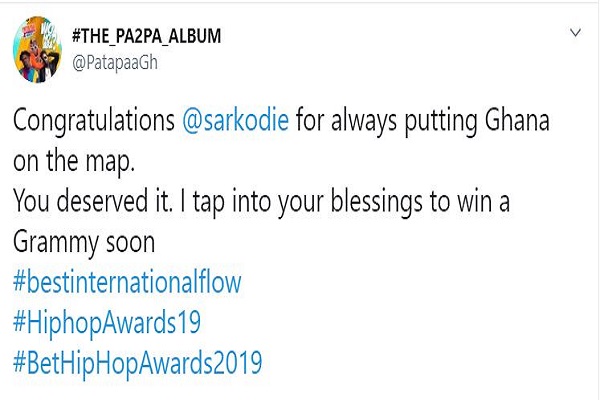