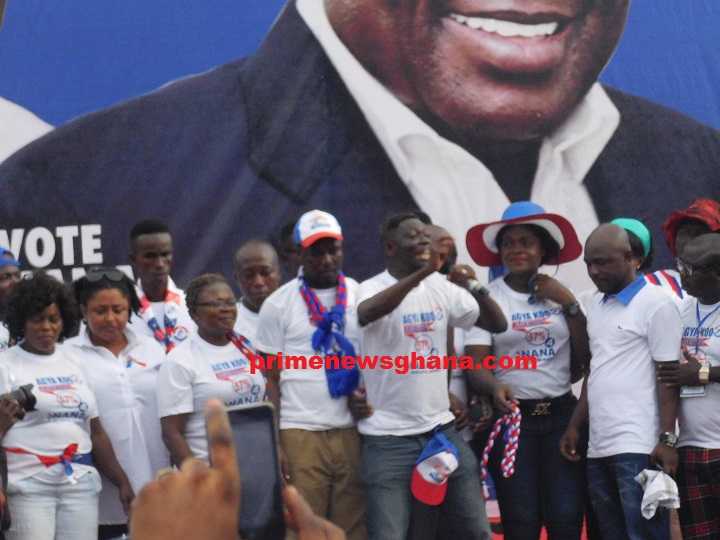 Agya Koo, together with some other Kumawood stars including Matilda Asare, last month endorsed Nana Addo saying they were going to work for him to win 57 percent of votes come December 7.

An audio recording, however, surfaced last week with a voice purported to be that of Agya Koo lamenting how he liked President John Mahama and his wife, Lordina and wanted to join his campaign but had been denied access to the first couple.

But speaking at the NPP's 2016 manifesto launch at the Trade Fair site at La in Accra on Sunday, Agya Koo stated that the audio was all lies from the NDC who were afraid of him joining Akufo-Addo's campaign.

According to him, if the NDC could lure 'Mr Beautiful', a relatively less popular actor but rejected Agya Koo after he supposedly offered his support, then they could be termed as bad business people.