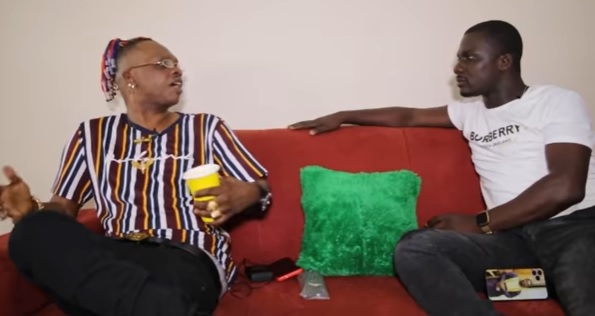 Tornado speaking in an interview with Zion Felix on October 21, 2020, said he will never forgive himself for worshipping Jesus Christ.

According to him, ever since he decided not to be a Christian again, he has seen a massive improvement in his life.

‘I will never forgive myself for worshipping Jesus Christ because ever since I stop worshipping Christ, I have acquired a lot, I have more money now and I am free, now my mind is functioning well’.

Tornado further stated that humans are not in the world to worship Jesus Christ but they are here to worship themselves,
adding that the Bible was given to us by our slave masters.

He said boldly that, he would rather worship Founder of Kristo Asafo and engineer Apostle Dr. Kwadwo Safo Kantanka because he does things which are out of the world.

Zion Felix then questioned him about his post on social media where he retweeted a post by a user who had placed Bible and Quran being placed a water closet.

Tornado reacting to that said even though he wasn't the one who took that action he approves it because those Holy books are mare storybooks.

The actor who gained popularity through the Afia Schwarzenegger TV series has in the past received several backlashes from the Christian society but said he is not bothered by what they say about him.

"I don’t care how Christians react to my comments, are they happy with themselves? Can they obey the 10 commandments, they can never worship Jesus Christ so they should stop deceiving themselves. Since we are all humans, we are all subject to
human errors."

Tornado has been in the news recently as he is currently at loggerheads with his one-time close pal Afia Schwarzenegger.