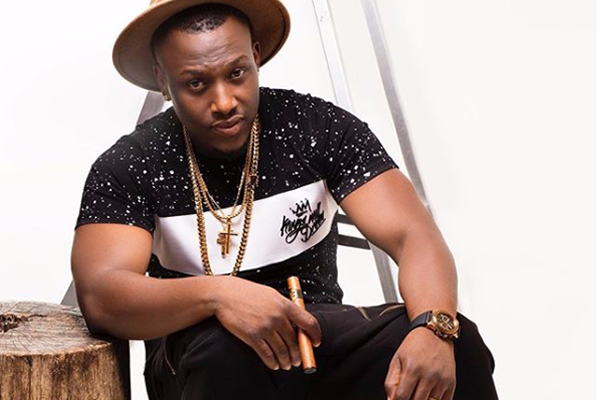 Russell Edem Avornyo, better known as Coded of 4×4 has revealed that he does not even know if the clothes he wears are original or fake.

Celebrities and personalities in the society have been tagged as people who enjoy living very lavish lifestyle and wearing some very expensive clothes to befit their celebrities status in the country but it seems that is different for Coded.

The rapper, Coded in an interview with Zionfelix disclosed that when it comes to the clothes he wears, he does not consider whether it is fake or original, he goes with anything that will look good on him or make him feel comfortable so for him its hard to know if what he is wearing is fake or original.

He also added that he buys clothes and footwear that will suit a particular combination or dressing he wants to do and not the originality or fakeness of the particular cloth.

“…I don’t know what they call original or fake…for things I buy to wear on the body, I don’t look at them in that light… if a particular cloth will look good on me or better still it will go with my combination, that is why I look out for…” Coded stated.

Coded further made it clear that the way an individual rock his or her clothing is what matters and not the original or fake nature of it. Coded also added that he may wear a fake clothing but the way he may rock it will not give any individual the indication that it is a fake and as such that it all that matters.