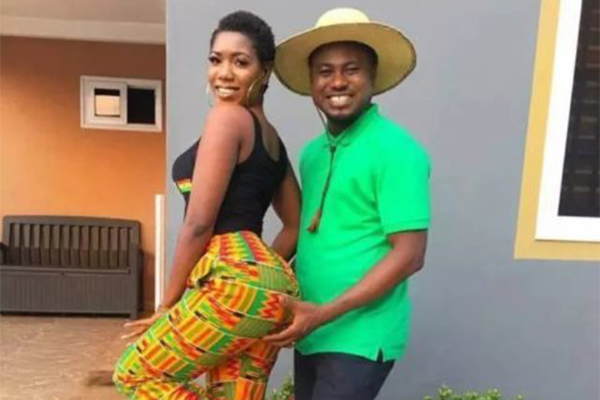 Celebrated broadcaster Abeiku Santana, has made a shocking revelation concerning Kofi Adjorlolo and actress Victoria Lebene dating story and claims it was a planned thing.

Speaking to MzGee, Abieku Santana stated emphatically that Kofi Adjorlolo and Victoria Lebene's relationship which sent social media agog was a public relation stunt to help the actress have a way into the entertainment industry.

Abieku Santana revealed that Victoria Lebene expressed her interest to have a way into the media way back in 2016 as a photo model when they met.

" I met Victoria Lebene 2016 when she expressed her interest to come into the mainstream media, so we had to plan everything. You know she was a photo model and as a photo model, the society will not accept you immediately. So it was a strategy; the penetration strategy, how to get her name out there, the Kofi Adjorlolo stuff, the publication, Counsellor Lutterodt against, these were all mere PR stunt" He told MzGee.

Abeiku Santana later said that he is very happy Victoria Lebene is a now married woman and added that the plan to make her popular worked out.