Video : You are a bad leader - Abeiku Santana blasts Obour 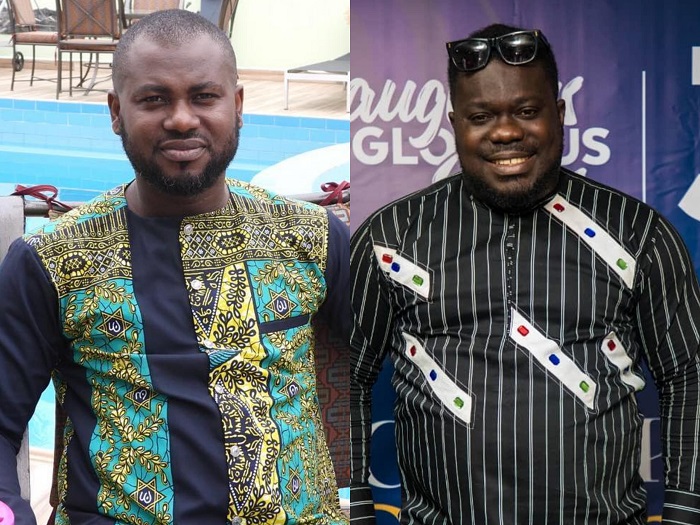 You are a bad leader - Abeiku Santana blast Obour

Celebrated broadcaster Abeiku Santana has described the President of the Musicians Union of Ghana (MUSIGA), Obour as a bad leader on his recent statement that the music industry can survive without dancehall artiste Shatta Wale and Stonebwoy.

Obour speaking to the Daily Graphic after the two artistes were banned indefinitely from the Vodafone Ghana Music Awards (VGMA) by the scheme’s board following a brawl between their teams at the 20th edition of the awards on Saturday, May 18 said the music industry can do without Dancehall artistes, Shatta Wale and Stonebwoy.

Reacting to Obour's statement, host of 'Ekwanso Dwoodwoo' on Okay FM, Abeiku Santana jabbed MUSIGA President for not being diplomatic with the case involving the two Reggae/Dancehall artistes.

According to Abeiku Santana who is also the host of UTV’s Atuu Show, the leader of the music body should have sided with his colleagues or better still be diplomatic as the minister of the creative arts and tourism decided to be and not go on the rampage and push them under the bus.

Abeiku added that it was not right for Obour to support the banning of Shatta Wale and Stonebwoy and even add in his remark that the industry will survive without arguably the two big Reggae/Dancehall musicians in Ghana.

The visibly infuriated Abeiku could not hold back his emotions and even described Obour’s comments as one that was ‘nonsense’ and that he is a ‘bad leader’.

The two artistes at the centre of all the controversies, Shatta Wale and Stonebwoy met yesterday, May 30 to iron out their differences. This was confirmed by a picture they both posted on their social media pages.

Watch the video of Abeiku Santana blasting Obour below…

You are a bad leader - @abeikusantana blasts MUSIGA President Obour.