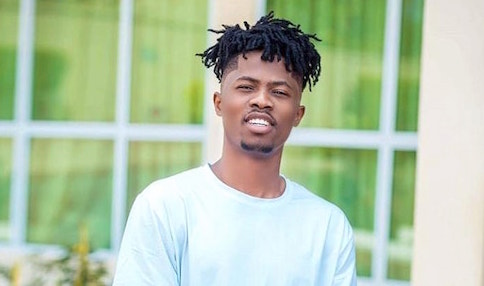 Aside from songwriting, singing and rap, the GroundUp Chale signee is a well-known producer who has produced top-notch songs for himself and other artistes.

But he says the work is time consuming and will therefore focus on recording for the meantime.Â

According to him, beat production is a â€˜long processâ€™ so he has put it on hold.

Kwesi, who is currently trending with his latest jam titled â€œTurn on the Lightsâ€, said his decision is temporary, saying he will â€˜get back to itâ€™.

He also gave major props to record producers for their inputs.

â€œKwesi Arthur is a crushâ€, she disclosed during an interview on the Late Drive show on XLive Africa, with host Thompson C. D. Nortey recently.

Queen Ayorkor recounts meetingÂ Kwesi ArthurÂ even before he shot into stardom and was captivated by him as far back then.

Ever since his epic blow up in the music scene "I've not met him and i'mÂ looking forward to meeting him soon" she added.

READ ALSO:Â Â You will be amazed to find out how muchÂ KwesiÂ ArthurÂ is charging for his Kumasi showÂ ...Â

As usual, the host, Thompson, plays a game in which he asks his guests to mention the first thing that comes to mind with every artisteâ€™s name he mentions, and this he did with the outspoken singer.

Queen Ayorkor hopes to have a song with Kwesi Arthur in the near future; and also maybe something more like a relationship with him.