The two music stars believe the country needs an all new face, considering what Ghana has experienced under the watch of both the New Patroitic Party and the National Democratic Congress. 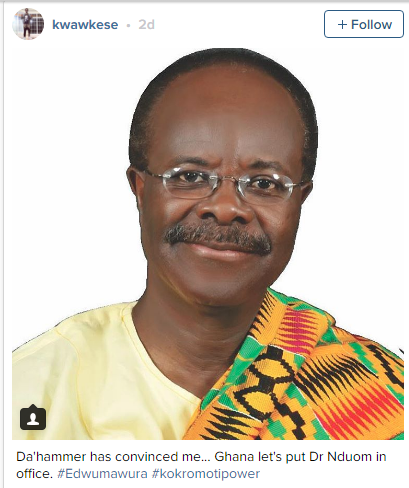 Also in an Instagram post, Edem also wrote “I was speaking with The Hammer and I think we should try a new person for the job…Dr Nduom...has done amazing things alone..” 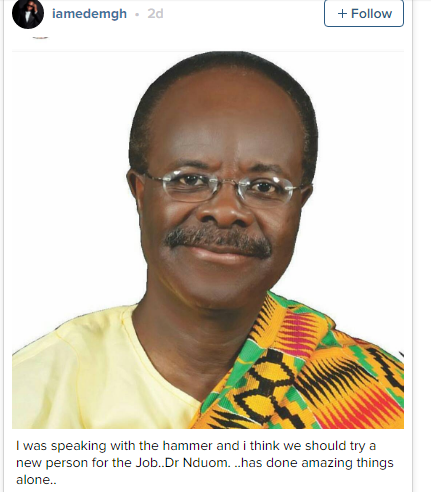