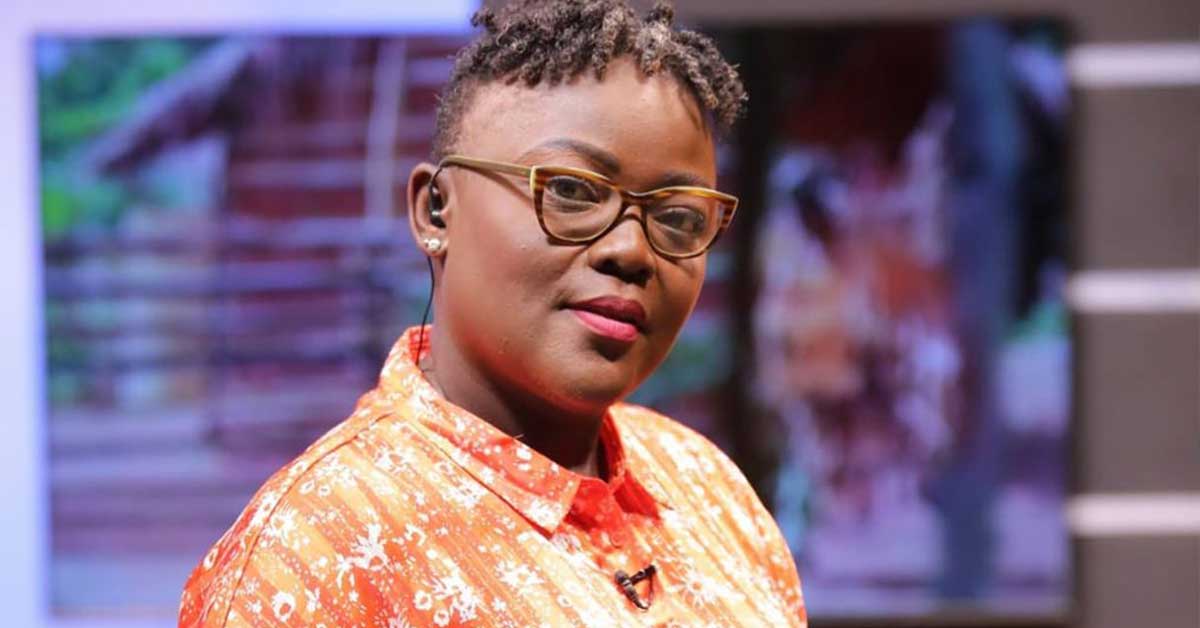 The host of Badwam on Adom TV one of the stations under the Multimedia Group Nana Yaa Brefo has resigned from her position.

She has been with Multimedia for the past 10 years but announced her resignation on Instagram.

She wrote: I want to say a big THANK YOU to MultiMedia and my colleagues. Also, my fans for the support really appreciate also thank those who did not like me, you made me grow during my 10 years stay at Multimedia, (Adom TV ). I bow out of multimedia to follow other dreams. Thank You all for being there. 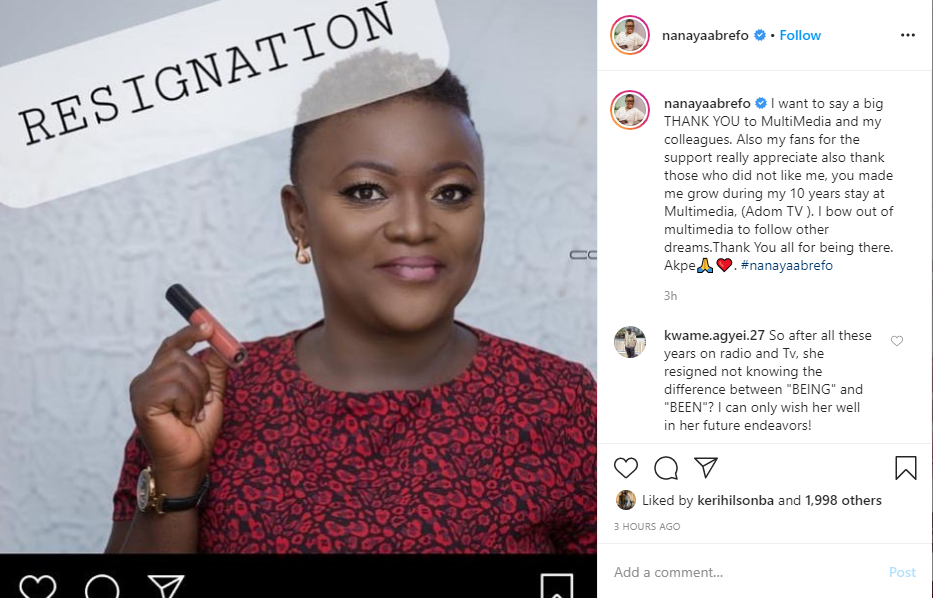 She did not state clearly the reason why she is resigning but there are speculations that it has something to do with her recent interview with Nana Ama McBrown about the demise of the late Bishop Bernard Nyarko, an actor.

The seasoned broadcaster has come under immense criticism in recent times after asking actress Nana Ama McBrown if she had the phone number of the late Bernard Nyarko and whether she ever called him to find out if he was in good health.

Adom TV has since rendered an unqualified apology to the star actress and her fans following Nana Yaa Brefo's question lines in the said interview.

After the interview, she received a lot of backlash from a section of the public as they described her line of questioning as unprofessional.