New video: Idris Elba shows his rap prowess in Sarkodie's Party & Bullshit which has Donae'O too 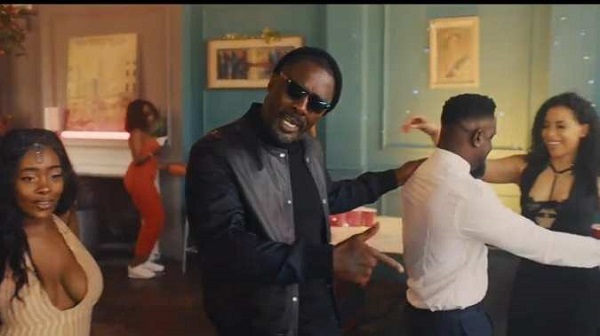 Ghanaian rap artiste, Sarkodie has released the visuals for his 'Party N Bullshit' a song that features Idris Elba and Donae'O.

Sarkodie days ago posted excerpts of the song on his social media page but has now released the song.

The award-winning musician feature the two UK stars. Idris Elba is a successful movie star and he dropped a few rap lines.

READ ALSO: Video: It's not important for me to congratulate Sarkodie - Shatta Wale

Donae'O is also a good musician who has released several hits and has worked with some Ghanaian artiste before.