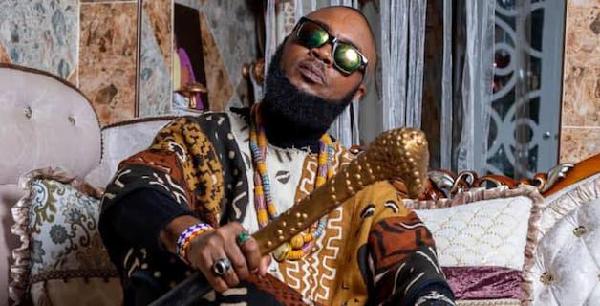 Antwi Galey of Antwi Ne Antwi fame has admitted it is nothing short of a struggle to make it as a solo artiste when one breaks up from a group.

While some have been able to wear their solo acts with flying colours, most of them are unable to drop a hit song let alone attain success being on their own.

Antwi Galey is still struggling to make any good of his career after over a decade of they going their separate ways.

READ ALSO: I will face them in court and shrine – Afia Schwarzenegger after visiting Nogokpo

In a conversation with Graphic Showbiz, he mentioned groups excel because of the combination of skills and that “power” is sometimes absent in individual acts.

“When there is a breakup, that good songwriter will not be able to make it because he probably lacks singing skills.

"And the singer or rapper may also lose his relevance because his lyrics may turn out weak. That is why few people make it as solo acts.

“R2Bees is a fantastic group but trust me, it will be difficult for Mugeez or Paedae to make it on their own should they break up because individuals play different roles in a group.

"With Antwi Ne Antwi, we were both writers and singers, we both wrote our hit songs but even with that, we have not had it easy going solo,” he added.

Talking about factors that lead to breakup of the groups, this is what he had to say, “Once a member of a group gets married, it gets difficult juggling family duties with career since you develop different interests. Money and women have also been key for groups breaking up,” he said.

As a group, Antwi Ne Antwi has songs such as Sekina, Odo Nkomo, Uncel Ebo, African Girl, Congo Soldier, Aku Sika among others.
All the challenges notwithstanding, Antwi Galey is still hopeful to change the narrative.

At the moment, Antwi Galey is promoting his latest single, I Make Wild which entreats people to be hardworking.