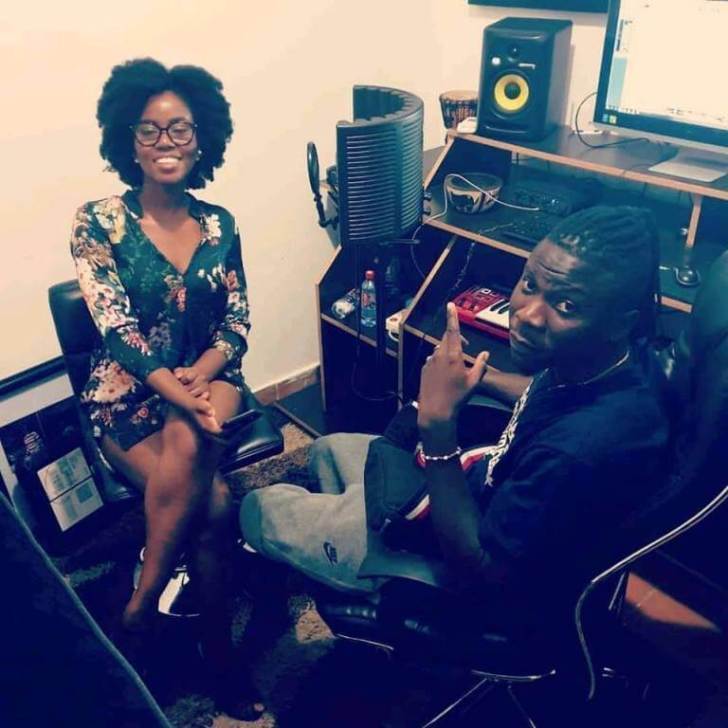 Mzvee to make a big comeback with a collaboration with Stonebwoy?

Mzvee after her long absence from the music scene has taken to her social media page to share studio photo which looks like she is set to make a big comeback with a collaboration with BhimNation president, Stonebwoy.

In the photos and videos, PrimeNewsGhana sighted on their Instagram timelines, the two award-winning musicians after dining deciding to make their way to Stonebwoy's studio in his house to probably work some magic for their fans, especially the die-hard fans of Mzvee since they have not heard something from her in a long while.

However, Richie in an interview with George Quaye on JoyFM's 'Showbiz A-Z' show debunked rumours that Mzvee's contract has ended and she will soon release another hit song.

Anyway, we hope this is not a throwback photo, especially taking into account that the photos and video were shared on a Thursday, a day many people do a throwback but rather a through collaboration from the “Number 9” family anytime soon.

Video: Stonebwoy breaks down in tears at his son's outdooring

Check out the video and photos sighted below:

MzGee cooking something special with her number 9 brother Stonebwoy to make the big comeback?