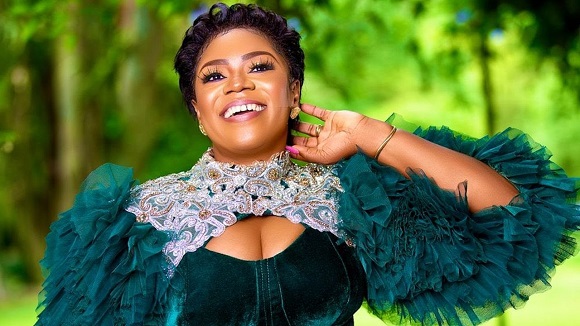 Gospel artiste, Piesie Esther, known for her inspirational songs will be giving fans a taste of new experience as she is set to celebrate two decades of making a historic mileage on Ghana’s music scene.

This year marks 20 years since she formally announced her presence on the gospel music arena. As part of activities marking her celebration, Piesie is expected to officially announce activities lined up for the celebration.

The songstress, who is noted for her hit songs such as such as, ‘Apae Ama Me’, ‘Me Nte Ase’ among others, broke into the music scene in early 2000, and at the peak of her career, she gave her male counterparts in the gospel music industry a good run for their money.

Credited with five albums, her name became a household one in 2002 when she released her award-winning song titled ‘Apae Ama Me’. Followed by ‘Me Nte Ase’ in 2008 and ‘Ziba Beko’ in 2011.

She recently released her latest single titled ‘Way3 Me Yie’ to entertain her fans who will be joining her in the celebration.

“I am celebrating my 20 years in gospel music. Yes, this is my 20th year singing and I have summarised all that I’ve been through all these 20 years and the point is despite all I’ve been through, the Lord has been very good to me.

“By this song, I want to remind people that life was once hard and if by grace you’re blessed and established, be a blessing to those you live with; those around you. This song is to remind you, you are who you are because of God,” she stated.

Born into a family of singers who took church activities seriously, Esther followed the same trend until she was discovered by Georgia Adjei in Kumasi. Her career, however, took off when she joined the Great Light Worship Center in Accra headed by Rev. Asamoah Boateng, also known as Apae Live, who produced her first two albums.

Her second album ‘Me Nti Asie’ was very successful, and that helped earn her nominations for the Gospel Artiste of the Year and Gospel Song of the Year categories at the 2009 Ghana Music Awards.

She did not win in any of the areas but she was happy the nominations brought her to the attention of more people.

She has a strong desire to draw people to have a deeper relationship with God through her music. She is an inspirational worship leader who leads worship across the world.

Her ministry has taken her to various countries across the world including USA, Italy, Belgium, Canada, Holland and Germany.