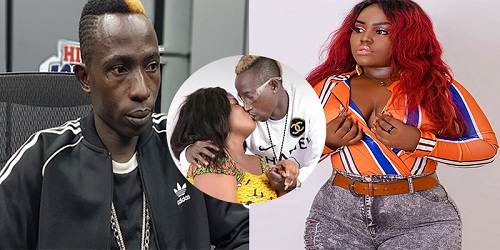 Pataapa has angrily expose alleged girlfriend, Queen Peezy saying that there was nothing serious between them and it was all for her to get the media's attention.

According to earlier reports, the 'One Corna' hitmaker allegedly ditched his Ghanaian girlfriend, Queen Peezy' for a white woman he met during his European tour.

Patapaa narrating what actually fueled the alleged relationship said; “the lady called me on phone and told me she needed hype, which I delivered without charging a dime from her”.

“The lady came all the way from Accra to Agona-Swedru [Central Region], where she told me that she was a model and wants hype…,” he said.

He added "this lady was granting interviews saying she was in a relationship with me, which was not true… but what I want to tell my fans is that I’ve someone called Pat and we have kid…”.

Watch his interview below: