Airlines, Ghanaians abroad want me to supply them with 'Jar-waakye' - Reggie Rockstone 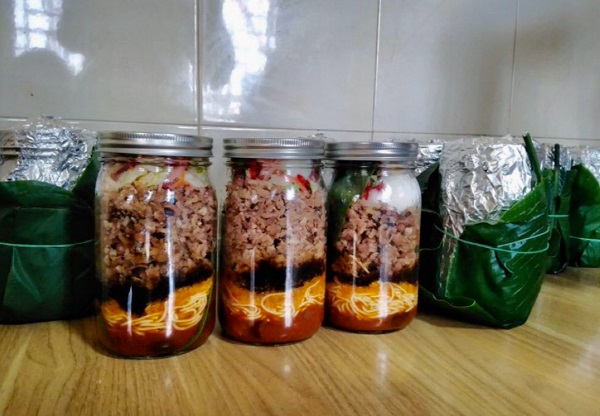 Reggie Rockstone who packages waakye and other products in glass jars for sale under the name Rockz Waakye has been ridiculed on social media after photos of his waakye went viral on social media on Tuesday, June 16, 2020.

Reggie on Citi TV on June 19, 2020, said even though some people have criticized the new innovation, he has had numerous calls to supply even people in the diaspora.

READ ALSO: Reggie Rockstone opens up on why he packages waakye in glass jars

"We have had calls from some airline to supply them with waakye in a jar, they love the innovation and believe this is a new thing. So very soon one can sit in a plane and still enjoy their waakye in jar. Also, several Ghanaians in the diaspora have made a case to get some of the waakye, it can stay in the bottle up to 36 hours so we will soon export".

Interestingly, there have been photos showing other food like yam and jollof rice packaged in jars too.

Waakye is a Ghanaian dish of cooked rice and beans, commonly eaten for breakfast or lunch.

The rice and beans, usually black-eyed peas or cow beans, are cooked together, along with red dried sorghum leaf sheaths or stalks and limestone.

It is served with stew, shito and ganished with spaghetti and salad.