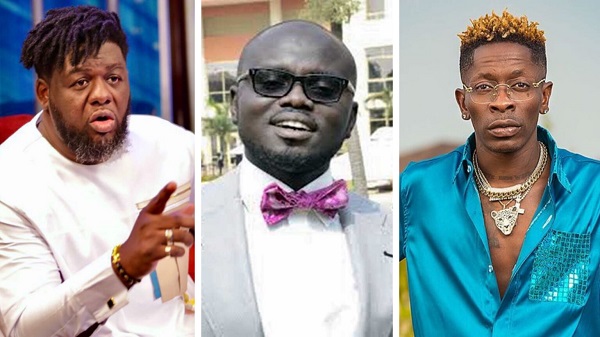 Ghana Police Service says dancehall musician Shatta Wale has been contacted to assist with investigations into the 2014 murder of Fennec Okyere.

The Service in the statement on November 2, 2022, said the "On God" hitmaker's revelation on Fennec Okyere's death will assist their investigation.

This comes after the musician confessed in a Facebook post that his former manager, had a hand in the death of Fennec Okyere.

“The attention of the Ghana Police Service has been drawn to a tweet by Charles Nii Armah Mensah Jr., popularly known as Shata Wale regarding the death of artiste Manager Fennec Okyere. The Police have made contact with Shata Wale who is cooperating with us on the matter,” the statement read.

The Police assured the public that they are working diligently to bring closure to the families of Fennec and other victims. 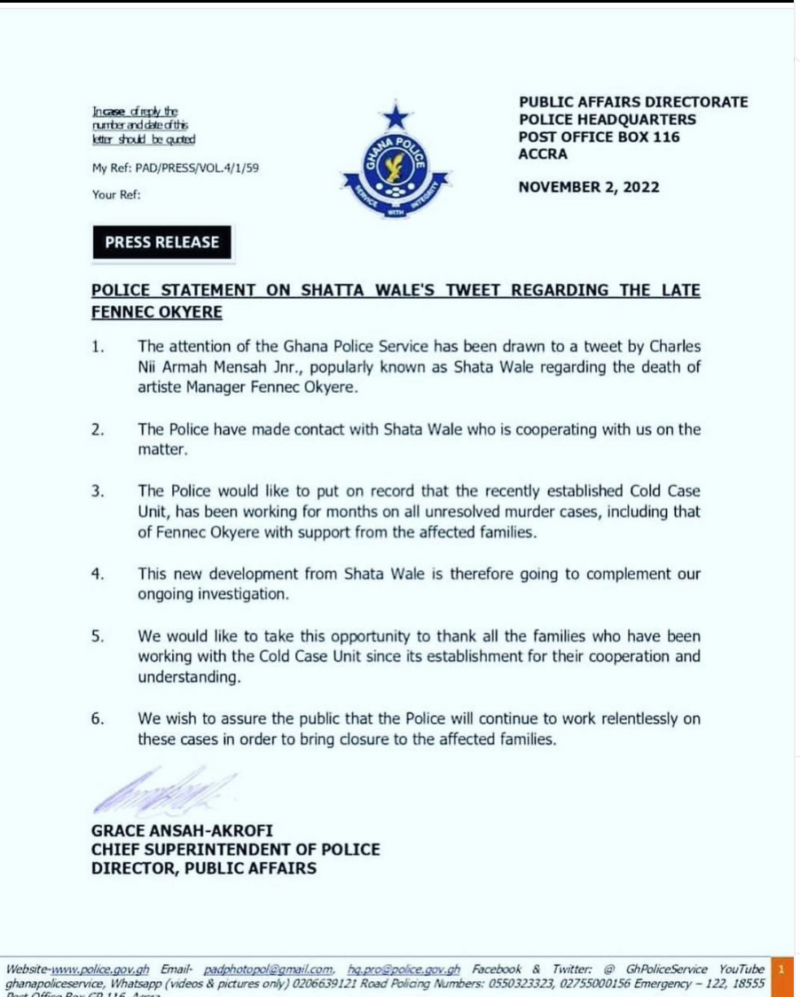 According to Shatta Wale, Bulldog told him about his plan to murder Fennec.

He further threatened to go to the Police with all the new information.

“Bull Dog since u r bringing out secrets. You will tell Ghanaians What happen to Fenicks Murder !! And I am not joking about this time !! I am ready to tell the court about what you told me about you and your men and how planned that foolish act get ready. This Akuffo Addo won’t give you a murder chance to be on our streets !!! Watch how this ends !!! You can’t fight time,” he wrote on Facebook.

Kwaw Kese few minutes after Shatta Wale's reveal called out the Ghana Police to follow up with investigations.

Fennec Okyere was the head of MadTime Entertainment and manager of Kwaw Kese.

He was found dead at his Manet Gardens residence, in March 2014. Fennec was brutally killed by unknown assailants, who broke into his house in Accra on Thursday, 13, March 2014.

Bullgod was subsequently arrested as the prime suspect in Fennec’s murder but was acquitted and discharged in February 2018. 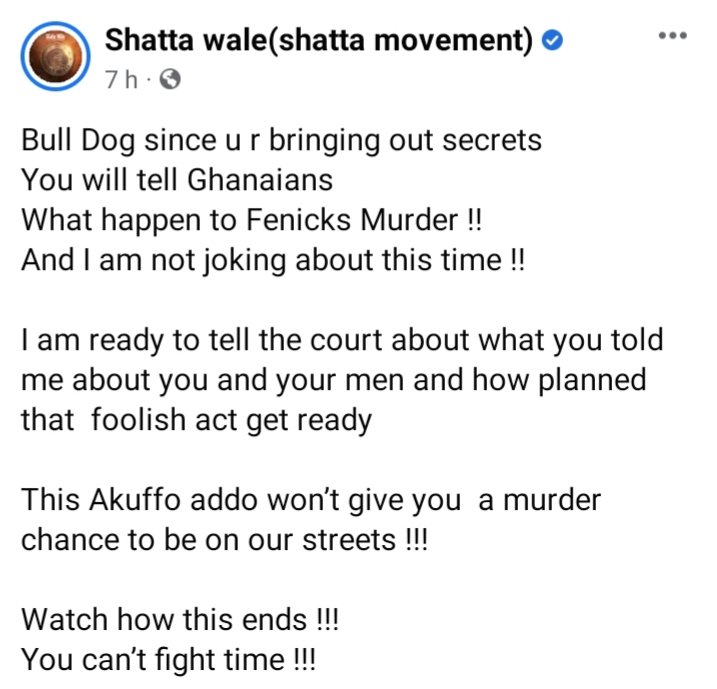