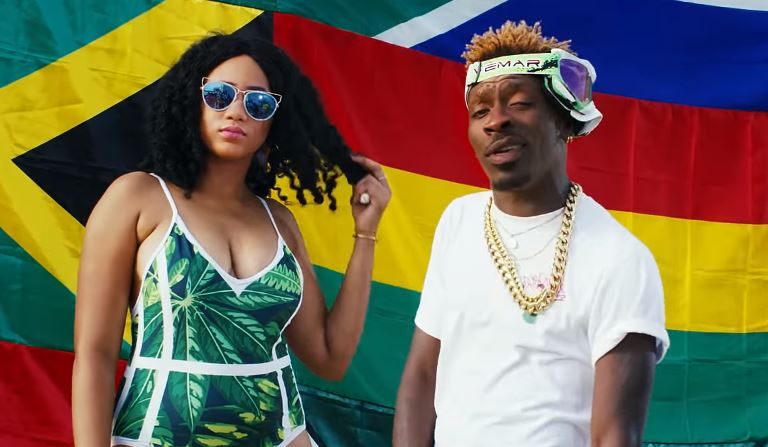 Shatta Wale after teasing Ghanaians with snippet and photos during the shoot of his hit song 'Island' has finally released the visuals.

Behind the scenes, from the ‘Island’ shoot promised a video filled with ladies with huge backside in bikinis rubbing themselves against Shatta Wale.

Shatta Wale's 'Island' video already has over 48,934 views on YouTube after releasing it on Friday February 1, 2019.

The song which was produced by Ridwaan Razak in New York has made waves across the Caribbean and also a hit in African countries like Zimbabwe.

The video was shot on location in Ada and directed by Yaw Skyface.