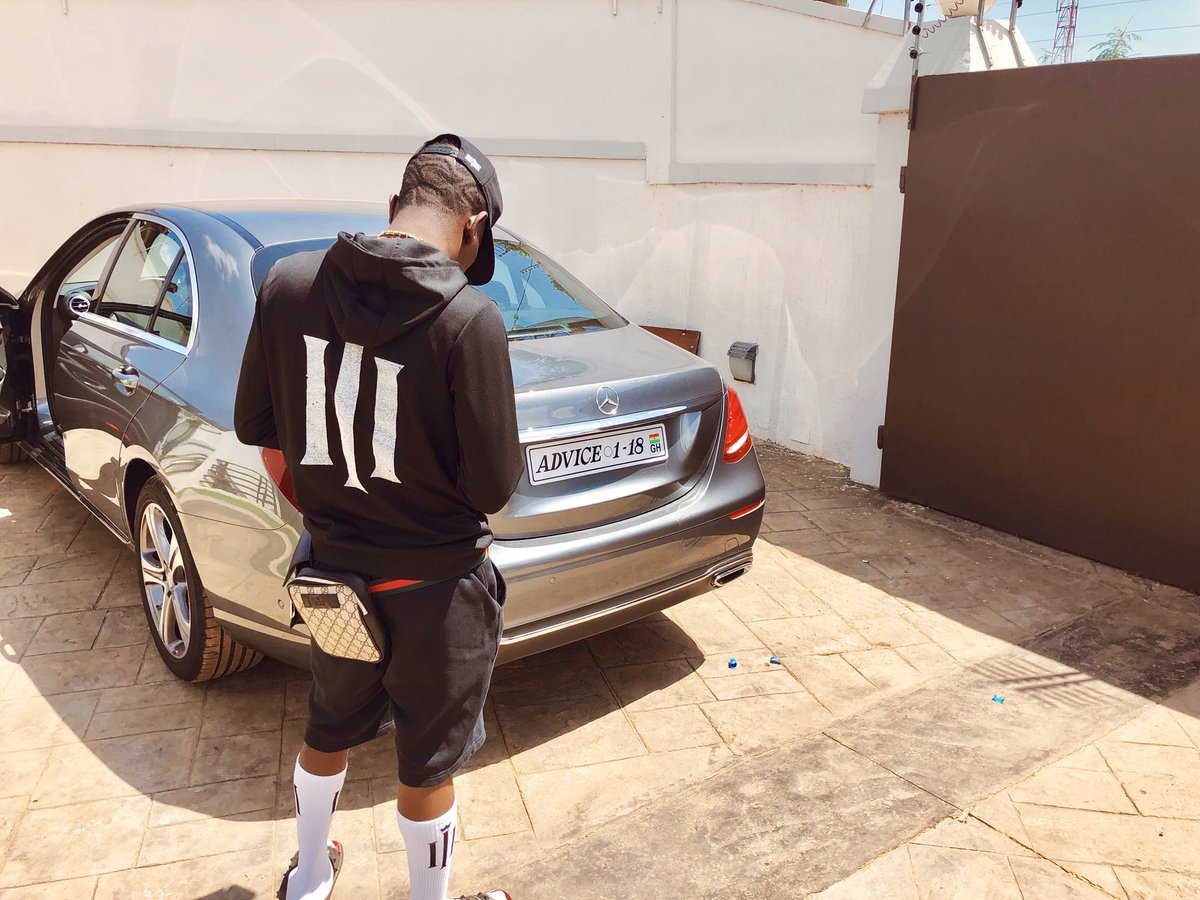 Shatta Wale for once has taken an advice from a colleague in the music industry as he shares photos of his new Benz customized with the title of a diss song from Sarkodie titled ‘Advice’.

Sarkodie before Shatta Wale's "Reign" album concert released a new freestyle dubbed ‘My Advice' after Shatta Wale had attacked his personality on several occasions during his media tour.

When many were of the impression Shatta Wale was not going to respond to the diss song by Sarkodie, he has not disappointed them.

He, first of all, flaunted his latest Lexus V8 vehicle customized with the REIGN symbol and then showed his new Benz customized 'Advice'.

It’s obvious Shatta Wale intentionally bought this Benz just to tease Sarkodie because in a line in ‘Advice’ Sarkodie personified himself as a Benz car which doesn’t fade out as it is always relevant.

Shatta Wale certainly, wanted to tell Sarkodie that, he’s equally relevant and in teasing him, got a Benz and even decided to use ‘Advice’ as his car plate.