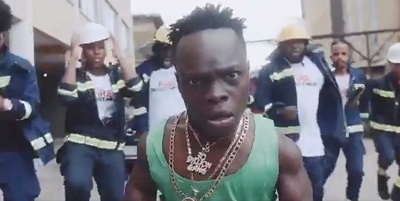 Ghanaian social media sensation Shatta Bandle seems to have earned himself another opportunity to expand his popularity as he has been featured in the yet to be released video of Nigerian musician Rudeboy of PSquare.

The nine-second clip teased by Rudeboy shows Bandle being chased by firemen.

The firemen catch the diminutive braggart before proceeding to spray him with a water hose.

The video is for a song titled Audio Money.

Shatta Bandle (real name Firdaus Idrissu) shot to fame earlier this year after a series of video posts on Instagram where he claimed to be wealthier than Africa's richest man Aliko Dangote.