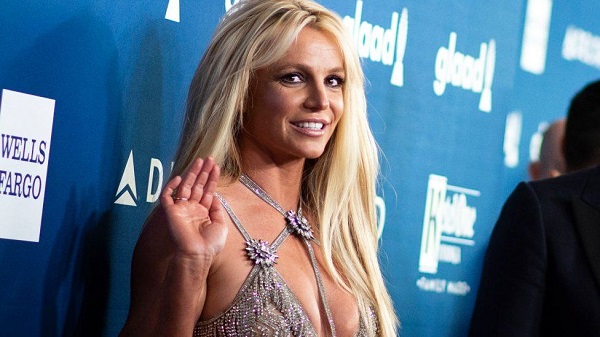 Britney Spears has apologised to fans for "pretending like I've been OK", while suffering under what she calls an "abusive" conservatorship.

The star told a US court on Wednesday that she wants the conservatorship - which controls her personal life and finances - to end after 13 years.

She revealed the arrangement requires her to use birth control and prevents her from marrying her boyfriend.

On Instagram, she said she had not spoken out before due to "pride".

"I'm bringing this to people's attention because I don't want people to think my life is perfect because it's definitely not at all, and if you have read anything about me in the news this week... you obviously really know now it's not," she said.

Spears apologised to fans for hiding the truth from them, adding: "I did it because of my pride and I was embarrassed to share what happened to me... but honestly who doesn't want to capture there [sic] Instagram in a fun light!"

The 39-year-old has been under the conservatorship since 2008, when concerns over her mental health prompted her father, Jamie Spears, to petition the court for legal authority over his daughter's life.

In court on Wednesday, Britney read a prepared statement asking for the arrangement to end.

"I've been in denial. I've been in shock. I am traumatised," she said in the emotional, 23-minute speech. "I just want my life back."

In response, Britney's father said he always had her best interests at heart.

So what are the chances of the conservatorship coming to an end? We asked two lawyers with experience of family law and conservatorships in the US - Alexander Ripps of Binning Ripps, and Christopher Melcher of Walzer Melcher - for their analysis.

How effective was Britney in arguing her case?

Christopher Melcher: From a legal strategy standpoint, I don't know that her statement helped her that much. It helped us, as the public, to know what she wants, and ended the speculation over whether she was under this conservatorship voluntarily. She made that crystal clear.

If I were preparing her, I would have coached her to present herself in a calm way, acknowledging that she did have problems 13 years ago that justified protection; showing awareness of what those problems were; and articulating the steps she's taken to make sure that she doesn't find herself in that situation again. That would provide assurance to the court that she doesn't need that help.

What is the next step, from a legal standpoint?

Christopher Melcher: So, Wednesday's hearing was just to hear from Britney. She made it clear that she wants to end the conservatorship but she hasn't asked to do so formally. The next step is to file a petition to terminate the order - and then the court would have a hearing.

Alexander Ripps: In the petition, Britney would have to state facts showing that the conservatorship is no longer required or that the grounds for establishing the conservatorship no longer exist. Once the petition is filed, a hearing date would be set. At some point prior to the hearing, the court investigator should interview Britney and then submit a report to the court. Of course, interested parties would be allowed to file their objections.

Christopher Melcher: Britney commented on that. She said that she was opposed to being evaluated. So the court can order the evaluation - but it can't physically force her to go there and answer questions. If Britney doesn't get evaluated, the court can consider her refusal to do so as a grounds for denying her petition to terminate [the conservatorship]. So we'll see how that plays out.

She said in court that she had researched previous conservatorship cases, and there have been instances where an evaluation has not been required. Is that true, in your experience?

Christopher Melcher: The court is not required to have one. To me, placing an adult under conservatorship is an extreme measure. This is taking away a person's liberty to make decisions that ordinarily an adult would make for themselves. We shouldn't do that for someone unless they're gravely disabled - developmentally disabled, unable to care for themselves, or resist undue influence.

I think a judge should be able to tell that pretty quickly, just by interviewing someone. If they're able to have a 30-minute conversation with the court, we can tell a lot from that. And I do wonder what is an evaluation really going to reveal.

Britney's lawyer requested that any further hearings will be held in private, so could this be the last we hear about the arguments in public?

Christopher Melcher: That was a surprise from the testimony on Wednesday - that it wasn't in a closed session. I was hoping, for Britney's sake, that the court would close the courtroom to the public, because the nature of this conservatorship is highly personal. It involves medical issues, mental health issues, conflict with her father. I don't think it's healthy for Britney to have all that information blasted out in public and to be critiqued and repeated.

I suspect most people who find themselves under a conservatorship would protest that it's unfair. Has that been your experience?

Christopher Melcher: That's exactly right. The conservatorship, by its nature, is one adult controlling another adult. And anyone who's aware enough of their situation would protest about that, probably.

The question is whether it's necessary. For Britney, I don't know what the evidence is going to be when she does make a motion to terminate. Can she bring in acquaintances that have seen her daily activities, who can attest that there's been no erratic behaviour? Or has she been isolated so much that she doesn't have any of those favourable witnesses?

And will the conservators testify as to observations they've had of her behaviour that would justify the court in continuing the conservatorship? Are there recordings of Britney, maybe in a private setting, that would show, one way or the other, how she's behaving? These are all things that are going to be coming out

Is there any way her conservators could prevent her from filing a petition to end the conservatorship?

Alexander Ripps: No. The right of a conservatee to file a petition to terminate the conservatorship is based on the statutory provision of California Probate Code Sec. 1861(a).

What sort of arguments could they mount to keep the arrangement in place?

If it was a calm presentation, the court would struggle to find a reason why this conservatorship is needed. But we did see a more explosive, emotional, raw statement from Britney. I understand why she would feel that way, but I don't know that she did herself any favours.

Alexander Ripps: Based on my reading of the transcript I think it was effective. If you cut through it all, she said in unequivocal terms that she wants the conservatorship terminated.