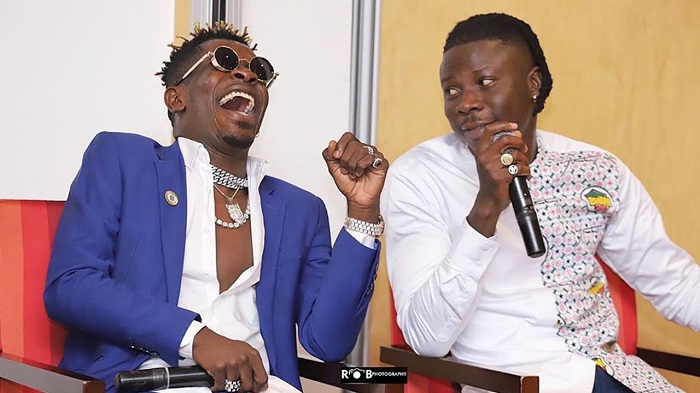 In an interview with Kwaku Manu, he disclosed that Stonebwoy hasn’t been picking his calls after their lyrical battle on Asaase Sound Clash.

"Stonebwoy doesn't pick my calls, he has my personal number yet he doesn’t pick my calls when I call him, he took the Asaase Sound Clash show personal and has anger issues", he said.

However, he said there is no unity among artistes hence they take petty issues personally but as for him it is all about business and doesn’t take things to heart.

Stonebwoy tweeted suggesting that Asaase Radio Sound Clash organizers should present the ultimate prize of the clash to the highest voter. The price is said to be saloon car but Shatta Wale questioned whether it is in the power of Stonebwoy to make such a suggestion.

Stonebwoy and Shatta Wale went head to head in a clash on September 12, 2020. The first-ever virtual dancehall sound clash, which was also the maiden edition of the Asaase Sound Clash.

The show came to an end without the announcement of the winner of the lyrical battle between Stonebwoy and Shatta Wale.

Declaration of the winner later was made on the social media handles of Asaase Radio which read, ‘We didn’t get a winner, and we had a CLASH’.

On the occasion of this year’s International Day for Street Children, The…