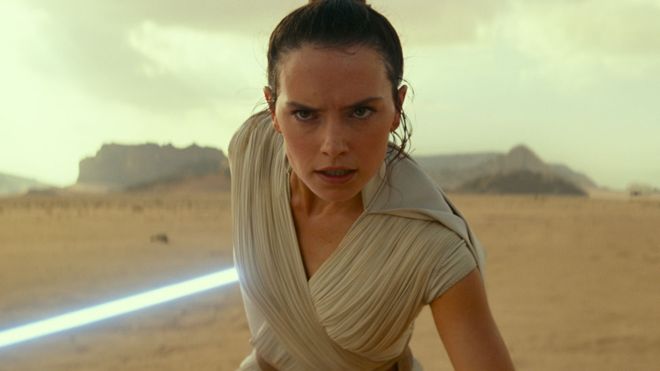 Disney has cut a brief scene of two women kissing in the Singaporean version of its latest Star Wars film.

The Rise of Skywalker features the first same-sex kiss in the franchise's history - described by reviewers as "a brief flash of two women kissing... among a crowd of characters".

But the version released in Singapore omits the scene.

Singapore's media regulatory body told the BBC that Disney cut the scene so it didn't get a higher age rating.

"The applicant has omitted a brief scene which under the film classification guidelines would require a higher rating," said a spokesperson from IMDA.

Without the kiss, the film is rated PG13 in Singapore.

It is not clear if Disney - the owners of Lucasfilm, the Star Wars production company - cut the scene in other countries. It was reportedly shown in China but not in the UAE.

Disney has not responded to the BBC's requests for comment.

Films in Singapore are typically classed under six different ratings:

Brokeback Mountain, which featured two gay cowboys, was aired in Singapore in its entirety in 2006 - but was similarly hit with an R21 listing.

Another hit for Star Wars despite falling sales
Star Wars: The Rise of Skywalker in 20 sound bites
Same-sex marriages are not recognised in Singapore and gay sex is illegal - though the law is not enforced.

There are gay bars and clubs in Singapore, as well as an annual pride rally.

In 2018, a gay Singaporean man won a landmark case allowing him to adopt a child he fathered through a surrogate.