'Too much English' disqualifies sex-worker film from Oscars 2020 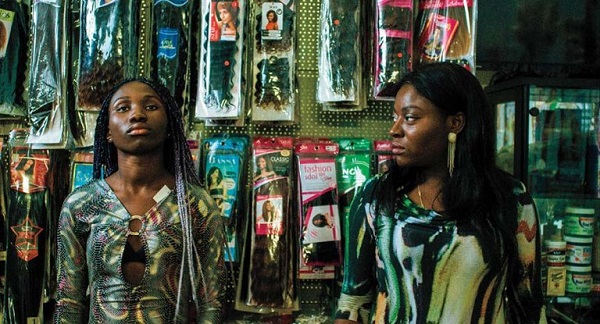 The Academy of Motion Pictures has rejected a second entry for next year's Oscar award for Best International Film.

The Austrian movie, Joy, is about Nigerian sex-workers in Vienna, but the Academy says it has too much dialogue in English.

Last week it turned down Nigeria's own submission, Lionheart, for the same reason.

The rejections come in the year when the Academy re-named the Best Foreign Language Film Oscar award to Best International Film for "films that are not in the English language".

News about the film's disqualification was first reported by The Hollywood Reporter website, which said the Academy found that two-thirds of the dialogue in Joy was in English. 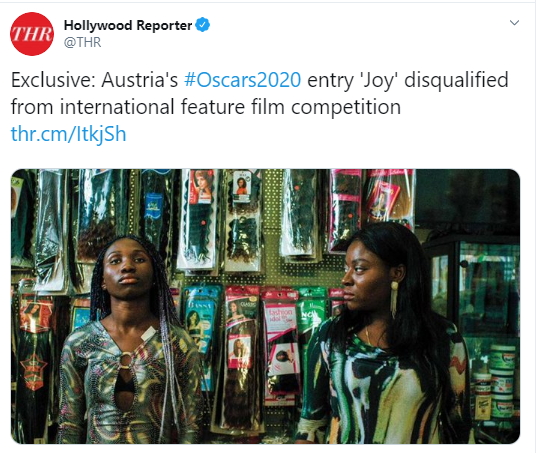 "As we do every year, the Academy is in the process of reviewing the films submitted for the International Feature Film category to determine whether they meet our eligibility rules. The film Joy, submitted by Austria, was just reviewed and is ineligible because only 33% of the dialogue is non-English," a statement from the Academy says.

The movie was written and directed by Austrian filmmaker Sudabeh Mortezai. 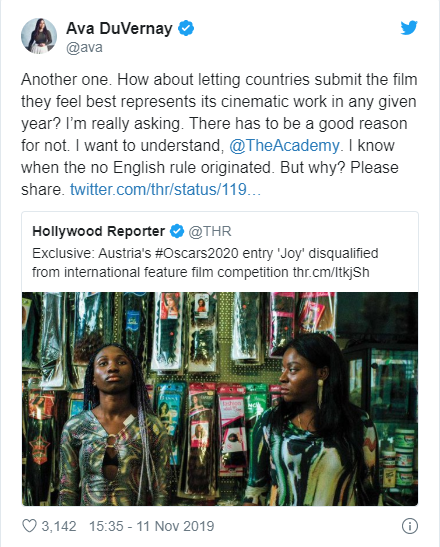