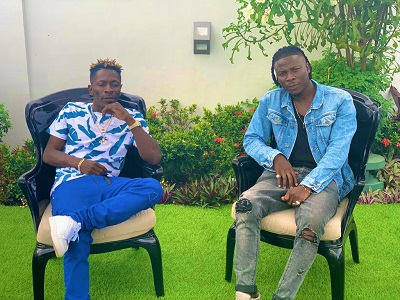 Shatta Wale and Stonebwoy have officially joined forces after the VGMA brawl.

Shatta Wale shared a photo on his social media page suggesting that he has finally made peace with Stonebwoy.

In the photo sighted by PrimeNewGhana, the two musicians were seated together and from the look on their faces, it seems peace has finally reigned.