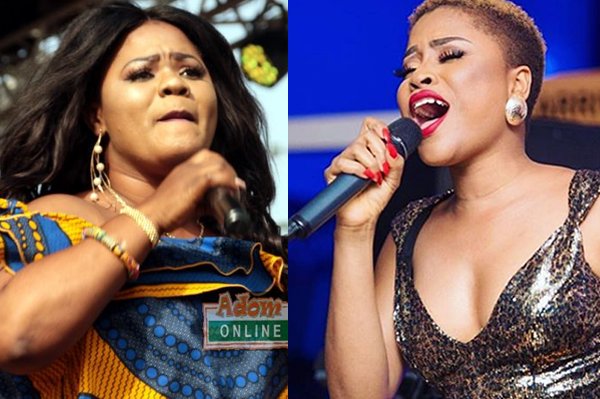 Afrobeats artiste, Adina, and Gospel musician, Obaapa Christy, are two of the female acts who are doing amazing on the music scene so there was excitement when they were put on the bill for the VGMA Nominees Jam.

However, the two were unable to perform at the show which came off in Kumasi in the Ashanti Region on Saturday, April 6.

According to Charterhouse, organisers of the event, this was due to some technical issues.

Obaapa Christy came on stage with her back up singers and band after nominees for the Unsung category had performed. But she went backstage after only a few minutes because her microphone was off and she never came back.

Adina, on the other hand, did not even perform and Communications Officer at Charterhouse, George Quaye, put it down to the technical challenges.

“The two artistes, we all know are very good at live band and we wanted them to show their prowess but due to technical hitches, they could not.

“Some cables that connected the instruments to the sound console got tampered with by the patrons. We all know that live band cannot be complete without sound,” he explained to Showbiz.

Mr Quaye added, “it’s unfortunate because they had prepared for this day, Obaapa was here earlier for dress rehearsals so I know she was geared up for her performance. We apologise to the fans and to the artistes as well.”

He also disclosed that Dancehall artiste, Stonebwoy’s performance had live band inclusive but he could not use it because of the hitches.