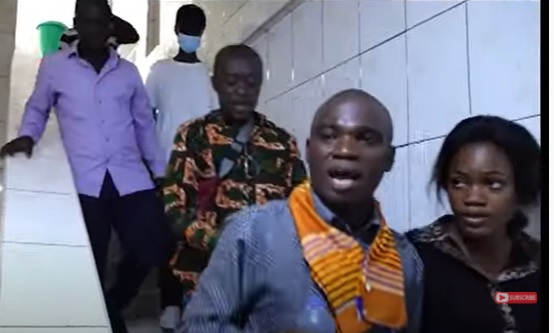 The self-acclaimed Global Ambassador for the United Nations (UN),was picked up at the premises of Hello-FM after an interview.

In a peacefmonline.com report, his arrest is in connection with a fake award ceremony he organized in Kumasi.

He was arrested after it was reported that the award scheme held in 2018 was fake and subsequently tried by a Magistrate Court in Asokore-Mampong.

The court, presided over by Her Worship, Portia M.A. Salia, later granted him bail.

But after flouting his bail conditions, the court issued a warrant for his arrest hence he was picked up today October 16, 2020.

According to Samson Nyamkeye, 'Dr UN' has been remanded for police custody.

He became popular when under the pretense of partnering with the United Nations and the respected legacy of the late Dr Kofi Annan, he contrived to organize an awards ceremony (succeeded quite brilliantly) and presented trophies and citations to over 20 accomplished Ghanaian personalities who he described as having achieved extraordinary feats in their endeavors this year.

One of such personalities included Sarkodie, D.Black among others.