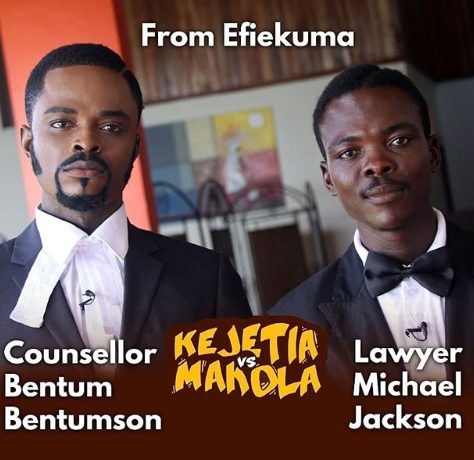 Internet sensation, the man who gave Ghana a new term ‘eventuarry’ has joined the comedy TV series, Kejetia vs Makola as a new law school graduate from 'Kejetia School of Law'.

The taxi driver turn actor will join the team of lawyers on the Kejetia vs Makola series to defend clients on some of the absurd, bizarre and sometimes heartbreaking yet funny stories.

An artwork on the official Leizer-Legacy Productions social media page revealed the new actor will be called Lawyer Micheal Jackson.

Kejetia Vs Makola is an unscripted satirical series where actors deliver on sheer skill and talent.

Viewers get to see their favourite characters including Lawyer Nti, Barrister Ignatius, Lawyer Marcelo, A.A Johnson and Barrister Eva Amedziku battle each other in court.

In today’s profiling, our focus is on the Head Coach of the Ghana Under-15s.…

We will not intimidate anybody - Operation Covid Safety tells Ghanaians