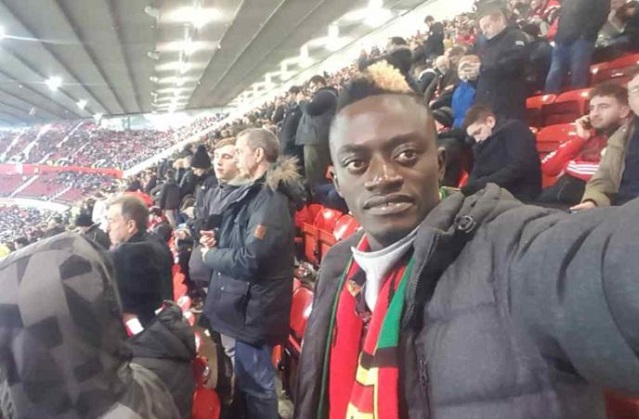 Actor and Comedian, Kwadwo Nkansah known in the movie industry as Lilwin has been spotted at Old Trafford when Manchester United met Arsenal on Wednesday, December 5.

In the video sighted by Primenewsghana.com, the Kumawood star was seen having fun with friends at the theatre of dreams.

The United super fan who doubles as a one-man supporter of Marcos Rashford posted several photos and video of his trip on social media announcing his presence and support of his favourite team, Manchester United.

Indeed Kwadwo Nkansah Lilwin is really enjoying his time in London and tell Ghanaians 'money no be problem' for him.