Video: Shatta Wale tormented me after his 'staged' proposal - Michy 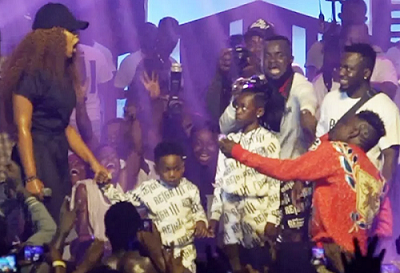 Baby mama of dancehall act Shatta Wale, Diamond Michelle Gbagonah aka Shatta Michy says the artiste's proposal to her during the reign album launch was stage-managed.

Michy disclosed this in a yet to be aired interview on EWITHBECKS.

Shatta Wale pulled off a surprise at the launch of his third album, ‘Reign’ at the Fantasy Dome, when he went down on his knees to propose to his then longtime girlfriend, then known as Shatta Michy.

Michy in the short video said, "I feel that proposal was staged, I just want to be very honest with myself right now, I did not know about the proposal on that day, it was a surprise but you don't propose to someone and then torment them later".

The pair who had been together for over a decade have now parted ways due to several issues.

Michy has accused Shatta Wale of maltreating her whilst he also accused her of listening to bad advice from her friends.