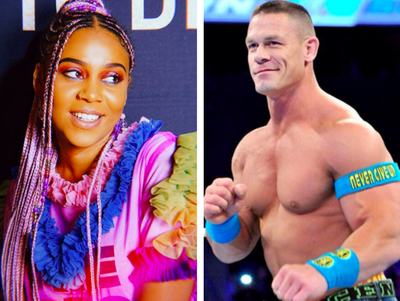 South African rapper Sho Madjozi is surprised by her rising fame across the continent after fans mobbed her in Ivory Coast.

The music sensation was last week surprised by celebrity wrestler John Cena while performing her hit song - John Cena - during The Kelly Clarkson Show in California.

The video of the moment went viral on social media.

On Monday the singer posted a video of her encounter with her fans in the Ivory Coast saying she did not expect to be recognised in the West African country.

Went out in Ivory Coast 🇨🇮 I didn’t expect to be recognized let alone this 😳 pic.twitter.com/0gNaUi3V70

The John Cena hit was released late September and has gained popularity online.

Today @JohnCena surprised @ShoMadjozi and all we're gonna say is it might be the BEST thing that's happened on the #KellyClarksonShow yet 😱 Don't miss it! pic.twitter.com/4R8MaV8JdC

The wrestler later revealed that he had been urged to sue the artist for infringing the copyright of his name but had opted to acknowledge her work.