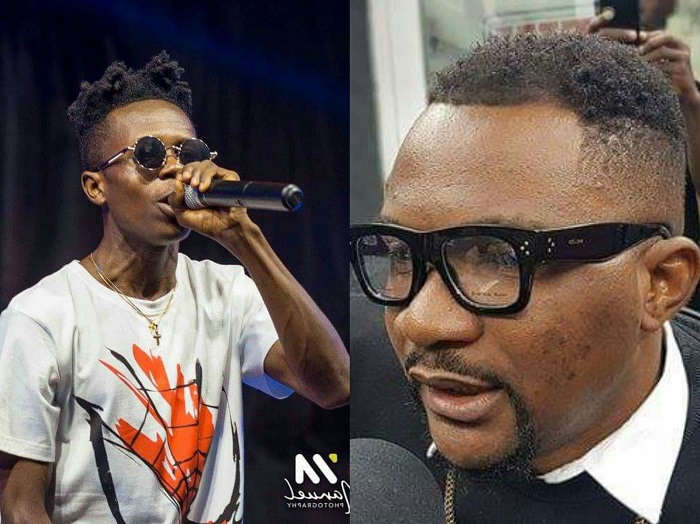 The head of Ghana Association of Songwriters, Mr Emmanuel Barnes, popularly known as Mr Logic, following the recent tweets by Strongman after his exit from Sarkodie's Sarkcess Music label has described the young rapper to be very disrespectful.

Mr Logic who appeared as a pundit on HitzFM's 'Day BreakHitz' show with Andy Dosty expressed his disappointment in Strongman's attitude towards Sarkodie even though it was a wrong move for the Sarkcess boss to sign the young rapper because of societal pressure.

He told Andy Dosty that, “it was wrong for Sarkodie to sign Strongman. You don’t need to sign anyone if society is pushing. Where did Sark go wrong?” he queried.

He added that, “it’s a vibe of ungratefulness. Who was Strongman till Sarkodie came into the picture? This is how they take things for granted,” Mr Logic said referring to Strongman’s exit tweet.

Mr Logic explained that he never liked Strongman as an artiste because he is disrespectful, hence it wasn’t news to him when he heard Strongman had parted ways with Sarkodie.

His rap prowess and dexterity couldn’t be undermined as Sarkodie even lauded him as the rapper who only comes second to him.

“What he said is no news to me. I have never liked Strongman. He doesn’t respect. I don’t expect him to respect me. Strongman is a typical example of a young disrespectful artiste. It’s a general opinion people have about him. Most people who go around that guy say that,” he said.

Fans attack Strongman over his tweets after ending contract with Sarkcess

However, Strongman before Sarkodie made his public announcement, took to his Twitter page to make some comments which were not recognised until Sarkodie tweeted.

His tweet reads; “Most good footballers turn to be bad coaches Don’t be deceived” and this has been interpreted by music lovers and critics as a jab to the CEO of SarkCess Music, Sarkodie.

Strongman after several backlashes again took to his Twitter, expressing how hard he worked to reach the level he is now, which also got some fans attacking him to stop tweeting directly to his former boss Sarkodie.

He tweeted again saying; "I fought very hard to reach here and the father in Heaven knows what I’m saying"

It's obvious the young rapper is gradually losing some fans and loved once following his tweets.