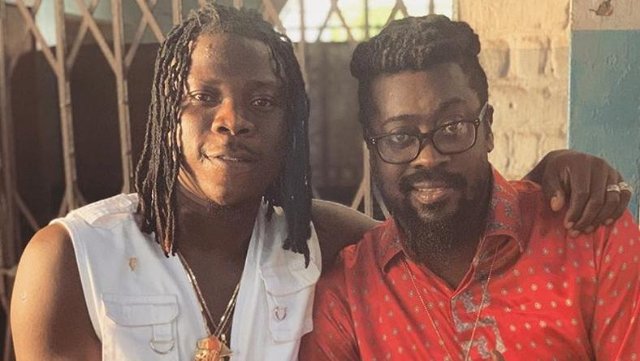 Dancehall artiste Stonebwoy after signing his deal with Samsung, he's now about to take more pictures as suggested by Shatta Wale when he was in Jamaica.

Stonebwoy, now a brand ambassador for Samsung Ghana, speaking in an interview with JoyNews’ MzGee at the formal introduction of his engagement with the mobile phone giant, responded to those who claim he was on a picture taking spree in Jamaica.

You recall Shatta Wale in a conversation with King Lagazee on Hitz FM, stated: “…. I can fly to Jamaica anytime I want but I can’t just move to Jamaica just to go take pictures….”

This was after visuals of Stonebwoy’s exploits with the likes of Beenie Man, Tarrus Riley and Sean Paul went viral.

Asked if he was amused by the comment from his arch-rival, Shatta Wale, Stonebwoy replied “Common, they are pictures, aren’t they?

I took pictures literally and it is true but I took more than pictures so I mean, I think they should also check to see whether it was only pictures or not then they can add he took pictures, he did this and that will be nice,” he said.