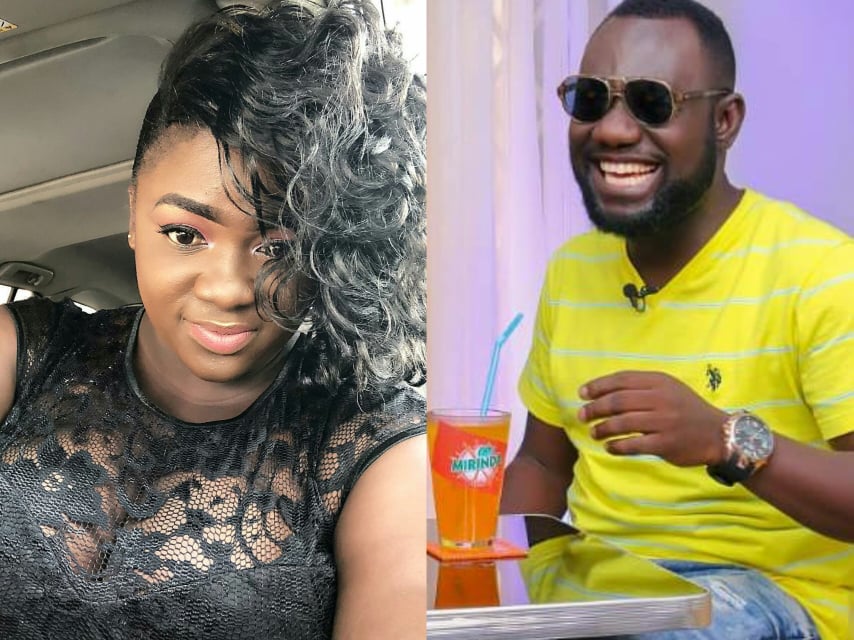 Ghana may very soon have its first ever ‘unlikely’ sex competition between two top celebrities in the country. In what looks like a friendly debate about who can chop who better between actor Papa Kumasi and his colleague actress, Tracy Boakye.

It all started when radio presenter and actor, Papa Kumasi began boasting about his sexual prowess to Tracy Boakye.

In a viral video PrimeNewsGhana sighted on ZionFelix's Instagram page, Papa Kumasi could be heard telling Tracey Boakye that he will be able to bang her for over an hour and forty-five minutes and that he will not stop until she tells her she is tired.

Tracy Boakye who was surprised about the claims of Papa Kumasi dared him by stating that he cannot even eat her vagina if it is given on a silver platter as he would run away if he (Papa Kumasi) see her nakedness.

She also added that the former Royal TV presenter should be careful about his pronouncements because she is the ‘wife’ of a prominent person.

The Kumasi FM presenter who felt the Shakira movie boss was trying to put a stain on his manhood told her that he would put GH 20,000 cedis down as a winning prize for the person who will stand firm through their unlikely sex competition.