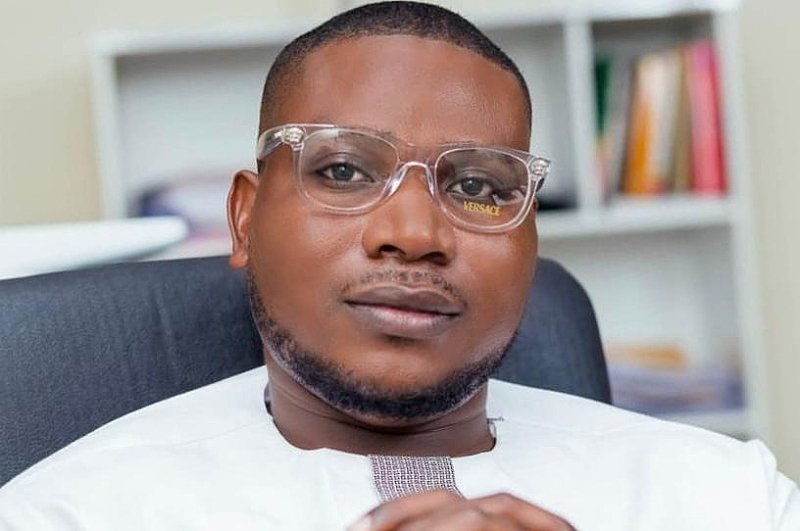 Folks kindly allow me to use my first piece in 2022 to address the serious crisis which has bedevilled Ghana’s Political dispensation for some time now...Leadership!

Surprisingly this was a conversation we used to hear more of about 6 six years ago but not pretty much lately, but of course the conditions that precipitated the conversation about leadership six years ago are far more prevalent today than they’ve ever been and so I would crave your indulgence to rehash the conversation, only from a different perspective...China!!

So much is spoken of Dubai and the transformation that has happened in the Country in the last 50years and so on but what about China?

The economic and political revolution that has happened in China moving it from a third world Country characterized by poverty and famine to now a global economic giant is some giant leap of a sort that can never be over emphasized.

But what happened to China and why can't African Countries emulate China’s enviable path to move their people from abject poverty to an economic super power amidst the pool of natural resources which China or the UAE can only dream of?

You see China’s economic transformation has been attributed to so many things, from it's large population size, to huge land size, to natural resources and it's deep rooted culture.

But all these are things many other African countries including Ghana and Nigeria have in abundance.

Very little is spoken of China’s Political Leadership and the system of meritocracy they have built that gives rise to it's leaders and I dare say that that's the difference between China and many African Countries.

China’s system of governance has been built around a chain of mechanisms that only produces competent, bold and smart leaders to head any public office.

The system of meritocracy would automatically weed out weak, incompetent, lazy and untruthful leaders at the lower level to the extent that in China it would have been very difficult for some one like President Akufo-Addo or Mahmadu Buhari to emerge as Presidents.

China system combines such routine tests of your competences, integrity and strengths that it's only a combination of these things at the highest level that would get you to the top.

Same with the public service and other State institutions.

Unfortunately in the land of “Umofia”, “Polito-cracy”  and “ethno-cracy” has become the other of the day.

What Party you belong to or what ethnic group you emerge from damn your competencies and personal qualities is what would get you the job.

So much so that even Political Parties are not bold enough to line up two competent and effective leaders up for elections without ethnic considerations.

These so called subtle but politically overt ethnic considerations which are rather becoming more and more entrenched in our body politics is largely contributing to the polarisation which is far dividing the Country.

One may ask, so how can we emulate China’s giant steps?

The answer sits with the Political Parties.

Even members of Parliament who are direct representatives of the people are decided largely by the Political groupings.

So the Political Parties are very powerful groups who cannot be side-stepped if we want to revolutionalize leadership in Ghana, in fact the revolution must start from there because any system of meritocracy created outside the Political establishment or without the direct involvement of the political establishment would be corrupted by them and would fail in the end.

This is why I have always supported the regulation of Political Parties and I would come to that in a bit.

But how do people emerge as leaders in Political Parties in Ghana?

Is it through any demonstrable competencies or past records?

Is it through proven character of integrity?

Is it through an admirable temperament of courage and strength?

or through a proven track record of quality leadership in an earlier role?

Does the reward and progression system in the Political Parties weed out the weak, incompetent, indiscipline and liars such that only quality leaders emerge at the top to be presented at the National level to the people of Ghana?

The Answer is No, an emphatic No!!!

I shudder to say that rather corruption and “moneto-cracy” are on top of the list in deciding who emerges at the top.

The Political reward system in Ghana is such backward that it is the exact opposite of China’s system of meritocracy; that the system rather weeds out the competent, truthful, bold and smart people from reaching the top of the political ladder.

When you look at the current President and vice President of Ghana, do you in your wildest imagination think that these are the most competent pair of hands even in the NPP?

The answer is obviously No, so why did the system in the NPP not present Ghanaians with their most competent and efficient pair of hands?

The answer to this question is in my earlier disposition that, there is no way we can hand the destiny of this Country into the hands of the Political Parties and not have an independent system to regulate them.

That is why I totally support the idea of splitting the Electoral Commission of Ghana into two; the National Elections Commission and the Political Parties Regulatory Authority.

The former’s job would be to conduct elections and the latter’s would be to regulate the activities of Political Parties with strict supervision and a National Policy guideline that would reduce the corruption, “ethnocracy” “moneto-cracy” and widespread patronage that prevents the best people from emerging at the top of the Political ladder to be presented to the good people of Ghana at the National level.

This is the only way we can end the never-ending cycle of choosing between two evils every election cycle; why can't we choose the best of the best?

Finally if we decided to combine the Westminster and the Presidential models in our Parliamentary democracy why can't we take a critical look at China's communism and see which of the qualities of their model could best blend in easily with our “democracy” and give us the optimum form of governance only peculiar to the people of Ghana but bring would bring us optimum growth, development and self-actualization?