Do not Politicize everything? 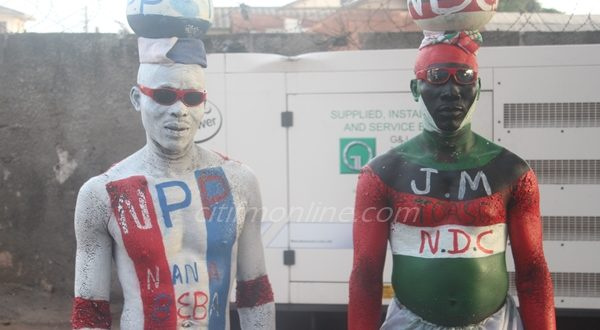 The statement above simply relates to telling a leopard to remove the spots on its body when it baths.

The whole idea of politics is having a debate between parties to hold power. Have you ever seen a fair argument before? Opinions always vary.

How do you expect a Kotoko Fan to accept particular terms in an argument with a Hearts of Oak Fan? It just can't work.

Politics has no formula. It has no correct way or standard.

As much as laws are governing these parties, there are still vast loopholes that the law can never control.

It's funny when the media along with the party in power use that tool of not politicizing everything to make stances.

You can't separate dirt from politics. Propaganda and cheap political points will never stop. It is what it is.

I am personally disappointed with how the opposition party are even quiet about the continuous bad governance by the current administration.

Only people clouded by their love for their party will overlook the bad performance of their government, especially to corruption and security.

We have seen it with the ECG/ PDS fiasco as well as Ayawaso and the three Takoradi girls etc.

I am not the first and won't be the last to say Ghana's Democracy started on the wrong foot and we have hit a rough patch.

There is no vision for our country and we have no choice than to go for a modified One party system to suit our culture.

We don't need dictatorship. We only want a set of direction as a country. We need to set systems to last the test of time.

The frequent changing of policies has not helped. Of course, there should be a tenure. The basic idea of this change is to continue works done by previous administration.

We are wasting money and resources by abandoning projects and policies. Removals and appointments as if the affairs of the state are a joke.

Mishandling of national assets because ones' party is in power. Presidents still managing affairs of their parties with taxpayers money.

Winner takes all, so once in power, they run the country for the benefit of only their members.

We have tried and tested these two parties. We will continue to derail because of the mess they have both created.

Politicizing everything will never stop, so it's therefore crazy for the media to try to draw a line on things that should be politicized or not. Because that line will never be straight.

They should rather focus on addressing issues as it is and look at subjective criticism as well.

People have lost confidence in the Government, they are gradually losing it with the police. We are already getting to the point where the opposition party believes the media is being infiltrated by the government. We are getting worse day by day.

The media is our last resort, don't destroy it.