'In need of more Dampares' by Dr. Paul Kofi Fynn 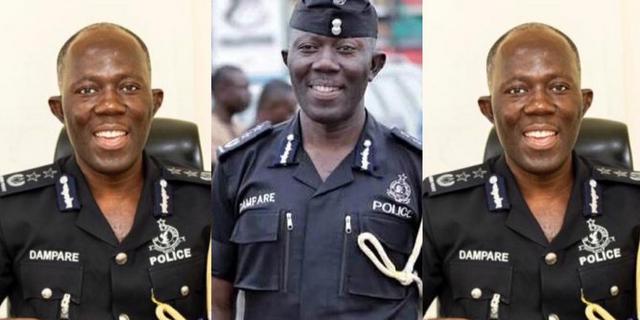 On April 5, 2012, the then Commander of the Accra Motor Traffic and Transport Unit (MTTU), ACP Angwubutoge Awuni, stunned the nation when he caused the arrest of the then Greater Accra Regional Minister, Nii Armah Ashitey, for disrupting a voter registration exercise.

The respected police officer, who is now late, did not allow Mr. Ashitey’s position as the head of the regional security council to intimidate him – he arrested and kept him behind the counter until flames at the troubled polling station were doused.

That singular act endeared him to many. What made that episode even more intriguing was that Mr. Ashitey was the head of the Greater Accra Regional Security Council and Awuni was somewhat answerable to the Minister.

He defied that protocol to do what is right before the law – something our police officers will not dare attempt.

You only have to look at the indiscipline on our roads to understand this.

Each morning, dozens of screaming sirens from SUVs push private and commercial vehicles out of the way, while police officers look on with sheepish admiration or indifference.

For some reason, our police officers are in awe of drivers of expensive vehicles and do not enforce the law which empowers them to keep sanity on the roads.

Ironically, some of them are willing to allow the lawbreakers in SUVs to break the law but will demand demeaning coins from commercial drivers.

It seems all that could be in the past now, that is, if the politicians do not decide to play their political chess game with the country’s policing in the next 10 years.

When President Nana Akufo-Addo announced Dr. George Akufo Dampare as the new IGP, I knew little about him but some of the young people I interacted with regularly described him as the new Sheriff Ghana really needed to breath confidence into law enforcement in the country.

I was worried he was made acting – one of the many ploys politicians use to tame the head of the Police Service.

Even before he was confirmed, the IGP’s actions were more than impressive.

It is the first time in recent history that an IGP goes on patrol to motivate his men to keep their eyes, and not pockets, wide open.

It is also the first time, as far as I can remember, an IGP goes on the road to interact with ordinary people to find out their challenges with law enforcement.

The presence of the K-9 units and their menacing dogs on the road, as well as the horses squad, adds to a police visibility that would make criminals think twice.

These are useful strategies that should influence policing in the country. While it is early days to tell how the IGP’s work is reflecting in the fight against crime, there are a few things to report.

Although daylight robbery has somewhat gone up, with reported incidents at Shipside, Korle Bu and Pig Farm, in the last three months in general, armed robbery seems to have fizzled out of the news – a probability that the police have instilled some fear in the thugs with weapons.

These days, some of our police officers who are notorious for extorting money at checkpoints across Accra have stopped the act.

They’re actually checking vehicles and not begging or demanding money.

It is probably because the country’s number one police officer sometimes abandons his cosy bed for night patrols.

Again, Ghana’s so-called celebrities are beginning to reflect on their conducts after the arrest of two musicians, Shatta Wale and Medikal, for conducts that in the past would not even attract a slap on the wrist from the police.

Equally important, the IGP’s decision to engage different interest groups – artistes, religious leaders, the media, among others, also shows signs of a person who wants more than ideas from his inner circle to run the police service.

All these will come to naught without public confidence – the oxygen for law enforcement — and it is obvious that in the last few months Dr Dampare has been enjoying a good dose of goodwill, but that good will won’t be enough without trust in the police.

Public confidence in the police is a matter of great essence in the maintenance of law and order.

If citizens feel that improper behaviour on the part of police officers is left unchecked and they are not held accountable for it in a suitable manner, that confidence will be eroded.

In the recent past, police officers who misconducted themselves in the line of duty often went without punishment.

In March 2019, the Daily Graphic reported that no single security person had been prosecuted for the attacks on more than 25 journalists and media employees since 2006.

In most cases, however, no compensation is paid, while the security organisation involved promises to offer better working relations with the media.

These statistics should be worrying to any IGP. While I’m in no position to tell the police administration what to do to build a world class police system, I have a few words of counsel, particularly with respect to a police misconduct regime.

The purpose of the police misconduct regime is threefold: maintain public confidence in the reputation of the police service, uphold high standards in policing, deter misconduct and protect the public.

Sir, don’t hesitate to demote officers who do not show the integrity needed to inspire the trust of those they swore to protect. Fire others who break the rules, dismantle special units that work as ruthless killing machines under the guise of law enforcement.

Institute new ways to track compliance with rules and discipline.

You may want to overhaul the Police Inteligience and Professional Standards (PIPS) Bureau to be more efficient in the way it handles complaints against police officers.

The current system is too bureaucratic and does not lend itself any form of public scrutiny and accountability.

You must eradicate any systemic indiscipline that is woven into the fabric of policing in Ghana which makes the police top the list of Ghana’s most corrupt institutions almost every year.

Sir, don’t allow politicians to have their way, particularly those in the ruling party. It has become the convention of policing in Ghana that members of ruling governments don’t do wrong.

Successive police administrations prefer to be highhanded in dealing with members of opposition parties.

You must be blind to political party colours and enforce the law irrespective of which party is in power.

The politicians won’t be happy but your allegiance is to the people and not politicians.

This is a bold and risky decision, but it’ll increase your deposit in the bank of goodwill.

Finally, allow more and more police officers to live outside the barracks.

This could be a smart way of ensuring police visibility in our communities.

Imagine two police officers in every community across the big cities.

Sir, you have started well and I wish you all the best, knowing that not all your peers will like your leadership style.

Don’t worry about them. Just think of the people as you tick the boxes of enforcing the law and fighting crime.
I salute you…