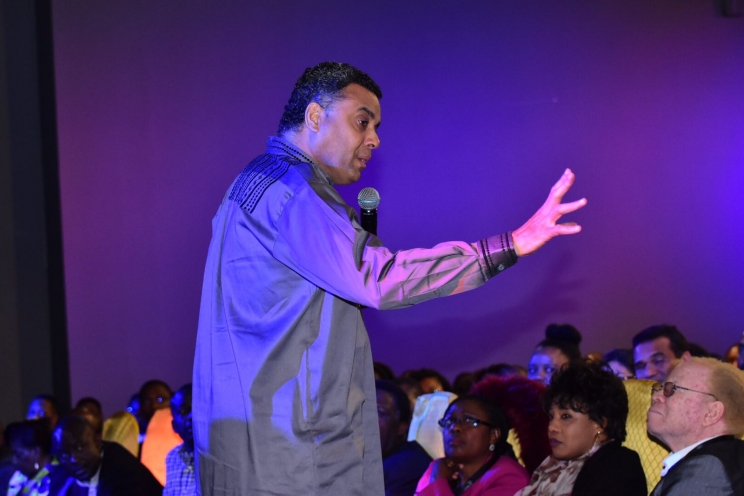 Speed is one of the determinants of success!Â  Imagine following a leader who is slow with his decisions, slow with implementing the decision and slow with taking any action whatsoever!

When you are a leader you must move with the speed of lightning!Â  Your decisions, your strikes and your actions must be at high speed!Â  On many occasions, speed alone will ensure victory!

â€˜And of the Gadites there separated themselves unto David into the hold to the wilderness men of might, and men of war fit for the battle, that could handle shield and buckler, whose faces were like the faces of lions, and were as swift as the roes upon the mountains;â€™ 1 Chronicles 12:8.

Your very moments and days are ticking away.Â  Nothing is waiting for you! In my experience, pastors who are slow to act, slow in their thinking and slow in their reasoning, do not have successful ministries. Your slowness and dullness are very destructive for your life.

Because slowness and dullness are not identified sins, they attach themselves to many ministers of the gospel.

When fighting a war, speed, coordination and movement help you to hit hard and move on instantly.Â  Speed creates panic in the enemyâ€™s heart!

Doubt, confusion and rumour spread within your enemyâ€™s camp because of your speed.Â  As someone said, â€œSpeed and still more speed and always speed was the secretâ€¦â€

The Spirit moved over the surface of the earth and the Spirit is always moving.Â  People who achieve something for God are movers and decision-takers.

The commonest characteristic of failing ministers is their slowness to act and move on Godâ€™s Word.

All Godâ€™s commandments come with a time element.Â  To serve the Lord properly, you must obey Him on time.

If He has called you to the ministry, what is the point if you give yourself to Him in your retirement?Â  How much of the call of God can you fulfil when you have three more years to live?

God called you and intended to use your entire life to minister to people.Â  Your slowness in responding to God can destroy your whole ministry.

It will make you fulfil only three percent of the things God called you to do!

Someone said, â€œYou can always preach the Word of God.Â  There is always time for that.â€

He continued, â€œJust focus on what is important now to build your life.

As for the church it is always there.Â  It is better to serve God when you are old and have fewer temptations.

Throughout your life you will be falling into sin so wait until you are less likely to commit blunders.â€

This kind of advice takes away the speed and urgency that is necessary for true ministry.Â  In war, there is a race for victory.

That is why it is called the arms race. Whoever gets the weapons first wins the war.Â  You cannot afford to be slow when it comes to war.

â€˜This charge I commit unto thee, son Timothy, according to the prophecies which went before on thee, that thou by them mightiest war a good warfare.â€™ 1 Timothy 1:18

The most outstanding feature of the Napoleonic system of warfare was undoubtedly its flexibility and limitless variation.

The insistence on speed and mobility was the basic feature of Napoleonâ€™s campaigns from beginning to end.

It was Napoleonâ€™s emphasis on speed and mobility that confused and unsettled his enemies.Â  Someone said, â€œThe Emperor (Napoleon) has discovered a new way of waging war; he makes use of our legs instead of our bayonets.â€

On one occasion, Napoleon moved the whole of the Grand Army of 210,000 men from its camps at Boulogne to the Rhine.Â  From the Rhine he marched to the Danube and then to the outskirts of Ulm in just 17 days.

A good general will move with lightning speed!

Remember, dear leader, that moving with the speed of lightning gives the decisive advantage to the leader.

You must decide to become a leader who moves with lightning speed.Â  Go into high speed as you decide to obey God and do His will completely!

The writer is the founder of the Lighthouse Group of churches