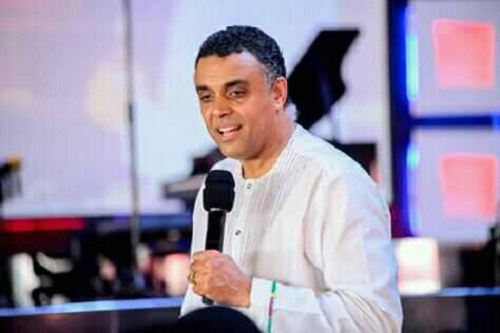 Many great careers begin in a small way. It takes the eye of a leader to recognise a great career when there is nothing to show for it.

â€œThough thy beginning was small, yet thy latter end should greatly increaseâ€ (Job 8:7).

â€¢ Washing hands: Elisha began his career as a prophet by washing the hands of Elijah. That was a very small beginning.

Who would have thought that the servant who poured hands on Elijah, the mighty prophet, would do double the number of amazing miracles that Elijah did?

But Jehoshaphat said, is there not here a prophet of the Lord, that we may enquire of the Lord by him? And one of the king of Israelâ€™s servants answered and said, Here is Elisha the son of Shaphat, which poured water on the hands of Elijah. 2 Kings 3:11

â€¢ Being a servant: The great army general, Joshua, began his career as a servant to an old prophet.

Moses was the leader of a large number of people. He led them out of the iron hand of Pharaoh, under the guidance of God. He even led them through the Red Sea, a feat that we can only imagine.

Who could be a successor to such a great leader? His servant, Joshua, became his successor! Joshua started his career in the humble role of a servant.

And Moses rose up and his minister Joshua: and Moses went up into the mount of God. Exodus 24:13

He started his career by doing menial jobs like playing to refresh the king when an evil spirit came upon Saul.

And Saul sent to Jesse, saying, Let David, I pray thee, stand before me; for he hath found favour in my sight. And it came to pass, when the evil spirit from God was upon Saul, that David took an harp, and played with his hand: so Saul was refreshed, and was well, and the evil spirit departed from him. 1 Samuel 16:22,23

You may have an insignificant job now but do not despise it. It may grow into such a significant role that the ears of those who hear of it will tingle!

But Mosesâ€™ hands were heavy; and they took a stone, and put it under him, and he sat thereon; and Aaron and Hur stayed up his hands, the one on the one side, and the other on the other side; and his hands were steady until the going down of the sun. Exodus 17:12

â€¢ Helping a widow: Ruth began her career by helping an elderly frustrated widow. Ruth must have seemed unfortunate following and serving this old widow who had lost all.

But this was the beginning of a mighty career. Do not despise the humble or small beginnings of a great career!

â€¢ Being a carpenter: Jesus began his career as a carpenter. Itâ€™s almost unbelievable that the most important person to ever walk the surface of the Earth started off as a carpenter. His beginning was small. The beginning of Jesus was humble. He was merely a carpenter. Those who despised this small beginning lost out because they did not recognise the great Saviour.

Is not this the carpenter, the son of Mary, the brother of James, and Joses, and of Juda, and Simon? and are not his sisters here with us? And they were offended at him. Mark 6:3

A grain of mustard seed can become a tree! Likewise, a very small beginning can lead to a mighty end.

You may not find a direct correlation between a tiny seed and a huge tree with branches. But that is what happens! Do not despise small beginnings!

You may be the one through whom a little one can become great. Be a good leader who can recognise the small beginning of a great career!

The writer is the founder of the Lighthouse Group of churches.