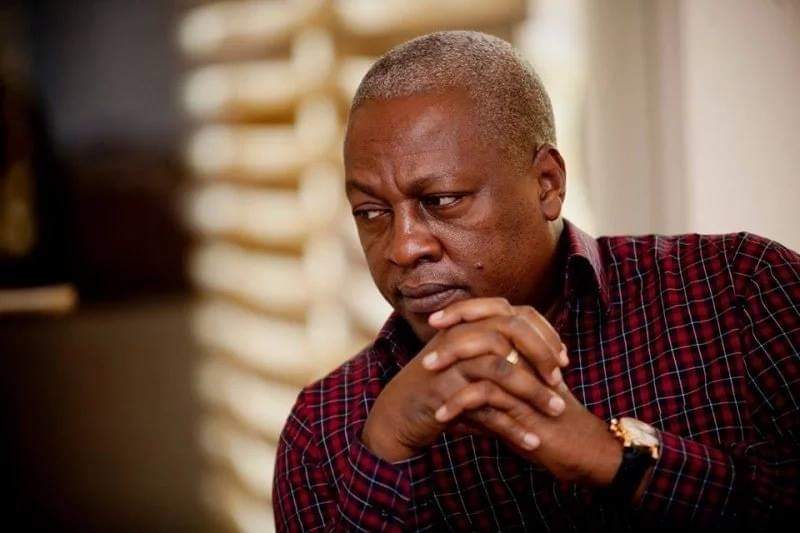 I am persuaded by circumstances to pen my views and the views of many other Ghanaians on the subject matter regarding a running mate for the National Democratic Congress (NDC) for the 2020 general elections.

In the type of democracy former President, Flight Lieutenant Jerry John Rawlings led us into, a party must present a flagbearer and a running mate to be able to successfully run for a general election leading to the election of a President and Vice President respectively, to steer the affairs of the nation for four years.

The NDC is currently in a search leading to the selection and naming of a competent candidate to run along with H.E. John Dramani Mahama. The mandate for selection of such a person is at the behest of the Flagbearer of the party, H.E John Dramani Mahama, a onetime Vice President and President of the Republic, though some consultations would be done with party leadership and elders to arrive at a consensus.

While the search is ongoing, various groups have emerged doing their bidding to have one person or the other named as the running mate for the biggest opposition party.

In the inner circles of the NDC, three strong proposals have been canvassed in the matter of the running mate which are aimed at catching the eye of the flagbearer. The general thinking, however, is that it is expected that if John Mahama wins the 2020 general elections to become president again, he will run for just one term as constitutionally required making way for the running mate to easily step into the leadership position of the NDC, a scenario he himself benefited after the demise of the then President, Prof. John Evans Atta Mills.

One group believes that it is time for the NDC to exhibit its belief in gender inclusivity in governance by going for a female running mate. In this vein, this group have mentioned names such as H.E. Hannah Serwaa Tetteh, former Foreign Affairs Minister; Hon. Marietta Brew Appiah-Oppong, former Justice Minister; Prof. Naana Jane Opoku-Agyeman, former Vice-Chancellor of the University of Cape Coast (UCC) and former Education Minister; Hon. Mona Quartey, former Deputy Finance Minister and Hon. Dr. Zanetor-Agyemang Rawlings, MP for Klottey-Korle Constituency, to be named by the flagbearer as his running mate. Thus, as the thinking of this goes, if the flagbearer and the party elders and executives meet in consensus, one of these ladies will be the running mate of John Mahama going into the 2020 general elections - a first for the NDC and a first of the two main parties that have won elections under the 4th Republican Constitution. Four are highly tipped amongst the female candidates. These are Hannah Tetteh, Marietta Brew, Prof. Opoku and Dr. Zanetor Rawlings who is viewed from two perspectives (gender equity and youthfulness). My interviewees believe Marietta Brew tops that list with the reason being that of her quite, and unblemished public life record followed closely by Prof. Opoku-Agyeman. They think Hannah Tetteh's son’s sex tape scandal may have dented her image and would serve as a powerful political weapon for the NPP. Party people believe Dr. Zanetor’s mum and partly dad have done a lot of damage to the NDC party than good and should not be given such powers in the immediate present. They think it is only 19 years since her father stepped down as President of the Republic. This is debatable as I think Dr. Zanetor is a firm and decorous professional who has acquitted herself so well on her own merit.

The second group wants the flagbearer to name a young, knowledgeable, competent and versatile person to partner him. This group who belief in and largely campaigned and are still campaigning against H.E. Nana Addo Dankwa Akufo-Addo on the basis of old age are positioning former Deputy Governor of the Bank of Ghana Dr. Johnson Asiamah; a dean of the Business School of UCC Prof. John Gatsi; former Health Minister, Mr. Alex Segbefia; former CEO of Ghana National Petroleum Company (GNPC) Mr. Alex Mould; Member of Parliament (MP) for Ellembelle and former Energy Minister Hon. Kofi Armah Bua and failed flagbearer contestant and former CEO of National Health Insurance Scheme (NHIS); Mr. Sylvester Mensah. The rest in that circle are MP for North Tongu Constituency and former Deputy Education Minister Hon. Samuel Okudjeto Ablakwa; former Minister of Communications, Hon. Edward Omane Boamah; MP for Bolga Central Hon. Isaac Adongo; and MP for Ajumako, Enyan Esiam Constituency Hon. Cassiel Ato Baah Forson. Among this list are three strong candidates standing tall. They are Alex Mould who many party stalwarts think is not a party man although he has been riding on the back of his elder sister and her husband Hon. Betty Mould Idrissu and Alhaji Mahama Iddrisu. My interviewers apart from this believe Alex Mould to be a solid guy with a background in finance and energy among others who can handle the portfolio excellently. Johnson Asiamah and Prof. Gatsi are also highly tipped for their prowess in finance and management.

The third group have suggested an older person of either same age or older than John Mahama so that he will fade out with Mahama should they win and allow a neutral person to contest in 2024. This has been seen by many including myself as unreasonable because that logic of wasting resources to market a person just for four years is in our view not a wise suggestion.

Amongst this third group, indications were that Prof. Kwesi Botchway stands tall followed by Johnson Asiedu Nketiah. Prof. Botchway, people believed, can handle the Economic Management Team (EMT) far better than H.E. Dr. Bawumia is currently doing. Though a banker with an impressive track record, people believe General Mosquito has not got the economic competence to man the EMT.

Many of the people have adduced reasons why these personalities mentioned above should be given the opportunity. Some of the reasons include experience, ethnicity, gender, age, resources, profession, competence and unblemished character and appeal to voters.

Most of the people I spoke to on the subject matter believe a candidate who has an impeccable character and a track record in terms of professional performance will add greatly to augment John Mahama's popularity.

In all of these biddings and jostling, people with a keen interest in the politics of the nation do hold views as to who the ideal candidate should be to enhance the chances of the opposition party in the upcoming elections. In summing up the surveyed views in this cursory exercise among sampled lovers of politics and watchers alike, the running mate yet to be named to pair H. E. John Dramani Mahama must address whether or not the person is;

1. Competent as Mahama himself is noted for by critical thinkers,

2. Vociferous and versatile in development affairs,

3. Human-centred, honest and appeals to the general membership of the National Democratic Congress (NDC) as John Mahama himself,

4. Someone with economics and/or legal background capable of exposing and/or countering, in equal measure, the economic propaganda prowess of H.E. Dr Mahamadu Bawumia the Vice President of the Republic,

5. Of southern descent who is sellable and marketable for the purposes of a balanced North/South combination,

7. Towering with popularity in the Ghanaian political space.

Unfortunately, no known Muslim name has popped as yet although there are highly qualified Muslims in the NDC who can assume the mandate. Perhaps many see John Dramani Mahama himself more of a Muslim because of his upbringing and where he hails from. His life has been a mix of Islamic and Christian one thereby making him acceptable by the religious divides in Ghana.

His choice of a running mate must address all of these critical issues (or at least most) above to satisfy the curiosity and desire of many Ghanaians and his party people.

As the debate intensifies, it is also likely that names that have not featured much such as Bright Simons of Imani, former BOST and TOR boss Awuah Darkoh, former presidential spokesperson, Ben Dotse Marlor, Former Executive Secretary to the president Prof. Raymond Akongburo Atuguba and Lesslie Tamakloe among others may carry the day. This does not, however, conclude the debate on who pairs John Mahama in 2020. The onus lies in the bosom of the flagbearer to choose his preferred choice in consultation with the elders of the party. But my strongest bet leads to Alex Mould, Prof. Gatsi, Dr Asiamah, Ms Tetteh, Mrs. Brew and, Prof. Botchway. It is my fervent hope that whoever is chosen as a running mate, the rest will rally behind the chosen pair to execute a successful campaign. I wish all aspirants good luck and God's guidance. May God guide JM in his choice of a running mate.