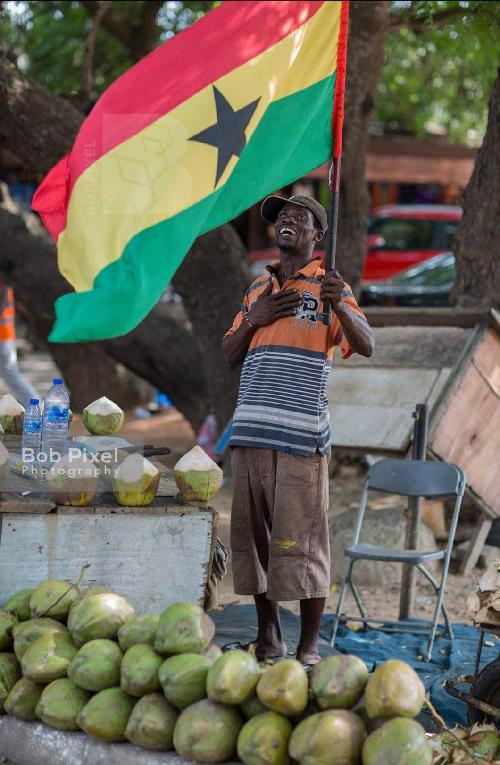 The month of March is said to be “Ghana Month.” It has no official seal to it, but it appears to have been accepted by most people, including myself.

So don’t be surprised when your favourite radio or television stations begin to serenade you with Ghanaian songs and presenters use their local names, just for this month.  I have little or no idea about how the term came about, but it is a good thing.

To give it some level of weight and bite, presenters on television flooded social media with their photos, dressed in African prints.  Apart from the usual Kente cloths, others were styled in beautiful traditional priests and priestess' outfit. They were all colourful.

The content for television and radio programming will also change, though minor. Show producers will now be scrambling around for the expert opinions of historians they have long forgotten about-to come and enrich their contents with historical facts about happenings in the Gold Coast/Ghana, and if there are lessons for the present generation.

From food, dress code, marriage, education, politics, music, sports and more, specific historians will be tasked with the responsibility of narrating the facts behind each topic.  They will be expected to dust off their books and newspaper clippings and ready themselves for their turn on the shows. Their services will be engaged until the end of the month, and these same producers and media houses will no use for them until another year.

Ghana Month will go on a very long leave until the following year. Maybe sabbatical?

Truth be told, the concept of “Ghana Month” is a brilliant idea, but we must do more than just the talk. I have been an ardent listener to the various “Ghana Month” discussions in the media, and have learnt a lot about our history as a people.  I have benefitted from the brilliant submissions made by historians on subjects that go beyond the everyday narratives about the slave trade.  I have had the opportunity of listening in to a conversation about the important role market women played in the independence of Ghana, and how that culminated in Kwame Nkrumah becoming the Prime Minister.

I have enjoyed the collective histories of the many tribal stories in the country prior to the colonial invasion, as well as the collaboration between European/American invaders and warring tribes, which contributed to the slave trade.

I have also enjoyed conversation about our foods and the cultural linkages. For example, the story behind the Ga kenkey and why it is very common with those in the southern part of Ghana, specifically Ga/Dangbespeaking communities. And there are more of those stories that I cannot recount here in this piece.

READ ALSO: 'Are you on TikTok?' by Anny Osabutey

Inasmuch as I have enjoyed and continue to enjoy the stories about our country, I am however disappointed about how we have not been able to document and package our history, like other countries have done. Sometimes, one wonders if is for lack of trying or that we aren’t interested in the events that helped shape this country’s destiny into what it is and, what it may become.  Ironically, we have setup institutions to keep our history alive but, those who control the national purse appear disinterested in resourcing them, so they perform their functions.

How difficult is it for us to have a museum devoted to the February 28 Christiansburg Castle shooting? The story of the veterans is an important landmark in our history that has not been properly explored. Apart from a mere parade every February 28, very little or nothing has been done to keep their memories alive.

When one looks at other countries and the important roles key personalities played in their struggle, a museum has been devoted to house their contributions. These museums are integral part of their tourism prospects and people travel to go and learn about the life of the personalities.

As a country, we should be doing more for the memory of Corporal Attipoe, Sergeant Adjetey and Private Odartey Lamptey, beyond the wreaths laying ceremonies. We should build a museum with a section solely devoted to their own stories.  That is how we keep the memory of our past active and alive, in today’s dispensation.

In the following articles, I will be taking about some of the unique features that appear to have become part of our history.