On the ongoing government-UTAG impasse: My take 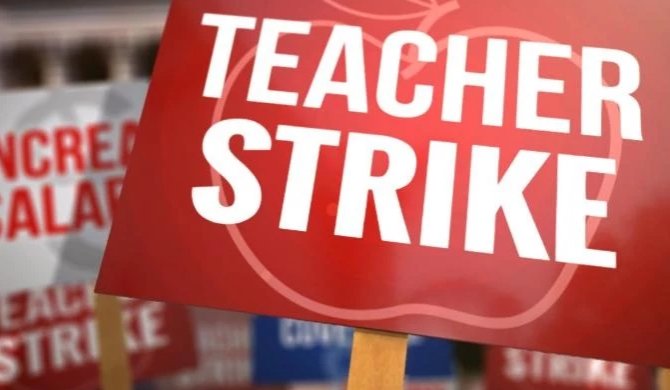 On the ongoing government-UTAG impasse
Shares

The raging impasse between the University Teachersâ€™ Association of Ghana (UTAG) and the Government of Ghana is another reminder of one of the many things that we in Ghana have become all too familiar with, namely, the frequent use of strike actions by various labour unions to drum home their demands for better conditions of service from Governments.

One justification often given for strike actions by labour unions in Ghana over all these years is that strike actions are the most effective ways to get labour demands satisfied and it is the language that the Government understands best. Consequently, strike actions have become a part and parcel of the labour union landscape of Ghana, a useful bargaining chip in dealing with Government and its agencies. As a result of this, we have all inevitably come to accept industrial actions as normal occurrences in Ghana and thereby failing to take into account the cost that such actions have had and continue to have on Ghanaâ€™s international image, her development and productivity.

In specific reference to the ongoing Government of Ghana and UTAG impasse for which reason Ghanaâ€™s public university lecturers are currently on strike, what we know so far is that the leadership of UTAG is requesting that Government meets their demands for better conditions of service for members which have been pending since 2012 because these demands can no longer wait after many failed negotiations all this while. Thus, even though a court order has obtained by the National Labour Commission has directed the Association to call off their industrial action and return to the lecture rooms as they resume negotiations with Government, UTAG continues to defy this court order to call off their strike for members to return to the lecture rooms.

Over the past week, Prof. Ransford Gyampo, the current National Secretary of UTAG, has spoken extensively to this impasse on several media platforms, arguing that UTAG believes that now is the most opportune time to get Government to finally fulfill their demands and that they have resolved not to back down until their demands are fully met. According to him, members of UTAG will continue to remain resolute for their conditions of service to be met and that the Government can even decide to sack all the lecturers, they will still not return to the classrooms.

In various other interviews, Prof. Gyampo has insisted that since lecturers do not eat meetings and negotiations, the Government should do the needful by meeting their demands, else their strike action will continue unabated. According to him, he has personally requested the President to intervene to resolve this matter because â€œthe buck stops with himâ€. Just a few days ago, in yet another interview on Joy FM, Prof. Gyampo stated among others that their strike action will not result in the death of students unlike what happens when doctors and nurses embark on strikes and that the academic calendar can always be adjusted for students to continue their studies and complete them. Therefore, all university students should exercise patience and wait â€œsmallâ€ for them until they are able to return to the classrooms.

My Position on the Current Impasse

I believe that as far as the Constitution of Ghana and laws governing Government-labour relations go, it is within the rights of the members of UTAG to embark on the strike action which they have done, and therefore, nobody can or should begrudge them for the action they have taken so far. Besides, in the past, some of these strike actions have yielded dividends and there is every prospect that they can do the same now. In much the same way, I also believe that the institutions that are set up to deal with issues of this nature, including the NLC and the courts, must be respected and allowed to do their work without being discredited or lampooned as some are seeking to do now.Â Â

Moreover, taking into consideration the circumstances surrounding the ongoing impasse, I have decided not to give extensive comments on what Professor Gyampo in particular has had to say so far on the UTAG industrial action and rather to leave judgement to the good people of Ghana, especially those who have listened to him on this issue thus far. Nonetheless, I would like to make two remarks here. One, I think that Prof. Gyampo ought to be mindful always that by virtue of the position that he now occupies as the National Secretary of UTAG, his utterances and position carry considerable weight since they invariably reflect the position of the entirety of UTAG. Therefore, I think that as much as practicable, he should learn to separate his personal opinions as a social commentator from those of UTAG as an Association in addressing this issue in the days ahead.Â

Two, I think also that in his commentaries and general approach to the issue at stake, Prof. Gyampo should learn to refrain from speaking in ways that do not help in any way in advancing the cause of resolving the problem at hand. His statement to the effect that UTAG will not respect the courtâ€™s order and directive to return to negotiations room does not augur well for the rule of law in Ghana. At the same time, I think that his comments on the sacking of lecturers and on the fact that students will not die from the lecturersâ€™ strike action ostensibly to justify their continuous absence from the classroom is to say the least sad and disappointing because these comments in no way justify the continuous strike action of UTAG or contribute in any way towards the speedy resolution of the ongoing impasse. Therefore, I think that he needs to be encouraged to tone down a bit on his rhetoric and refrain from making further statements that do not provide a way forward for resolving the impasse at hand.

Beyond these remarks, I posit that the real victims, namely, students and their parents and guardians, are being forgotten in this whole saga. The good old adage that says that â€œwhen two elephants fight, it is the grass that suffers,â€ goes true for all our students and their parents and guardians who have become the silent, forgotten victims of the ongoing drama. Their interests are being sacrificed on the altar of political and academic expediency by our Government and UTAG. Having struggled to pay their fees and offered themselves for teaching and learning, the least our students can expect from their universities is an academic environment conducive for learning on the various university campuses so that lecturers can teach them, and they can study without needless interruptions to finish their courses on time and graduate either to further their studies or look for employment opportunities. But here they are, faced once again with anxiety, uncertainty and frustration associated with these strike actions without any knowledge of what the future has in store for them since their fate is not in their own hands but in the hands of the powers that be. It is sad and unfortunate but that is the reality.Â

Conclusion: On the Way Forward

In the context of the ongoing COVID-19 pandemic, no one can underestimate the pain, distress and frustrations that the vast majority of people are going through, and the efforts many people are making to put their lives back together, and this goes also for students and their parents. I think that it will be very sad and unfortunate if this strike action also adds to the anxiety and distress that our students and parents like everybody else are already going through. Therefore, I pray that both the Government and UTAG will do everything humanly possible to try and resolve this impasse. As soon as practicable, negotiations and dialogue should resume where the two bodies and other relevant stakeholders will consider not only the interests of Government and UTAG but also those of our students and academic work in Ghana in general. As these negotiations and dialogue resume, I pray and hope that all who have a stake in this will refrain from postures and commentaries which will not in help in any way to bring resolution to this matter. In this and other issues of national concern, may the interests of Ghana always reign supreme. May God bless our homeland Ghana.Â